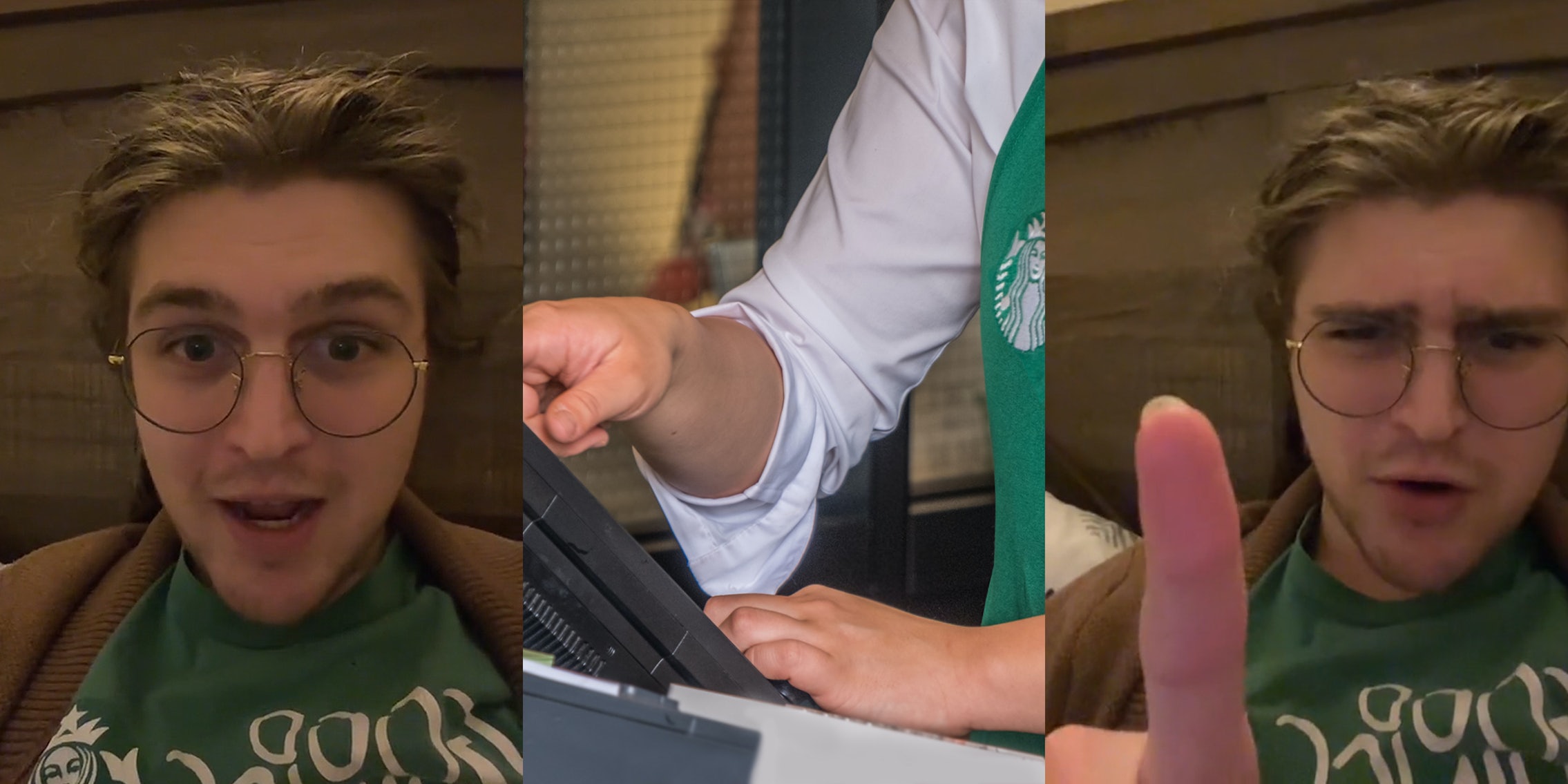 ‘First of all, my loves, that’s fireable’: Barista warns Starbucks workers who are hitting ‘no tip’ option before showing customers tablet prompt

TikToker @kalehack went viral on the platform after uploading a caveat to fellow Starbucks baristas who hit the “no tip” option on touchscreens for customers in order to process transactions more speedily.

The coffee chain recently implemented a card tipping option for its employees during checkout, forcing customers to select a tipping option, or refusing to tip outright before being able to pay for their order. Some baristas voiced their ire for the system, stating it’s “embarrassing” and that there are several customers who already complained about its implementation. Other criticisms mentioned the new tipping feature is glitchy, and that because patrons are unfamiliar with the new POS step, employees have to explain it to them, further gumming up the works when it comes to the check-out process.

It appears that his biggest critique of employees hitting the “no tip” option for customers is, however, the fact that this goes against Starbucks’ strict POS protocol as workers aren’t allowed to touch the screen while processing a customer’s order.

“The amount of baristas on here saying that they just hit the ‘no tip’ button before handing out the card reader, now that’s scary. First of all, my loves, that’s fireable. You can’t touch the screen at all. It was in the training. Second of all, all you have to do is this: This is what I say, ‘It’s gonna ask if you want to leave a tip—it’s totally up to you, but you have to make a selection for the card to go through.’ Plain and simple, and actually, I got like mad tips tonight, so, on expensive orders—even if it’s just a dollar here and there, like, but, why would you touch the screen, fuck over your co-workers, fuck over yourself, for messing with the tipping screen? ‘Cause even on the camera it’s gonna like, they, how do they know you’re not adding a tip?”

Many TikTokers seemed to agree with @kalehack’s comments. Some couldn’t understand why someone would want to stop themselves from potentially earning more money while on the clock. Others chimed in with their own phrases they like to rattle off to customers in order to let them know about the new tipping structure. And then there were plenty of other TikTokers who expressed that they had no issue with tipping baristas for making them a cup of coffee.

However, there were some folks who said that at the coffee shop they worked at they didn’t receive the tips that were processed through the card reader, and that more of the cash just ended up going to the shop.

The Daily Dot has reached out to @kalehack via TikTok comment and Starbucks via email for more information.