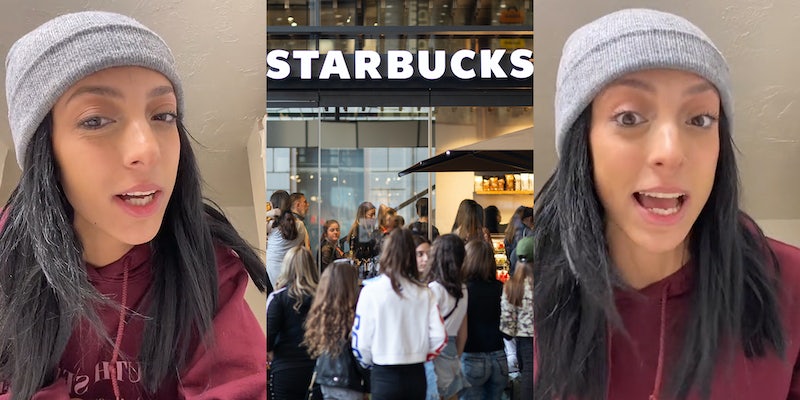 ‘They don’t give us a f**king secret menu’: Starbucks barista’s customer dos and don’ts spark debate

The barista received backlash for putting EBT users and customers who order customizations on blast.

A barista on TikTok listed the dos and don’ts of ordering at Starbucks in a viral clip, sparking debate for putting EBT users and customers who order customizations on blast.

In the video posted by TikToker Tiana (@tbrizzle98) on Nov. 4, she calls out customers who don’t specify their drink size, order non-dairy milk with whipped cream, and other customizations.

Tiana continues to explain that “there is not a secret menu,” urging customers to tell the barista how to make their customized drink order.

The video has reached over 840,000 views as of Wednesday, with many users explaining why they order customizations like non-dairy milk with whipped cream.

“Coming from someone who is lactose intolerant, I take out the dairy milk so I can HAVE whipped cream. For me it’s one of the other. Not both,” one user wrote.

“Because the amount of dairy in the drink is to much for sensitive stomach’s so getting oatmeal milk just sits better,” another said.

“The non dairy/whipped cream thing, it’s bc of the calorie difference for me,” a third added.

Others slammed Tiana for calling out EBT users, saying that she was discriminating against low-income customers.

“So because one is on financial assistance, they don’t deserve a coffee?” a commenter said.

“So you’re saying that people with ebt don’t deserve starbucks? Yikes. I hope you’re never in that position,” another wrote.

In a follow-up video, Tiana says that she was “having a bad day” when she made the original video.

She also clarifies that she doesn’t “have an issue with EBT” and explains that EBT cards can only be used at Starbucks locations that are in grocery stores, which can be an issue for baristas at standalone locations.

The Daily Dot reached out to both Tiana and Starbucks via email.