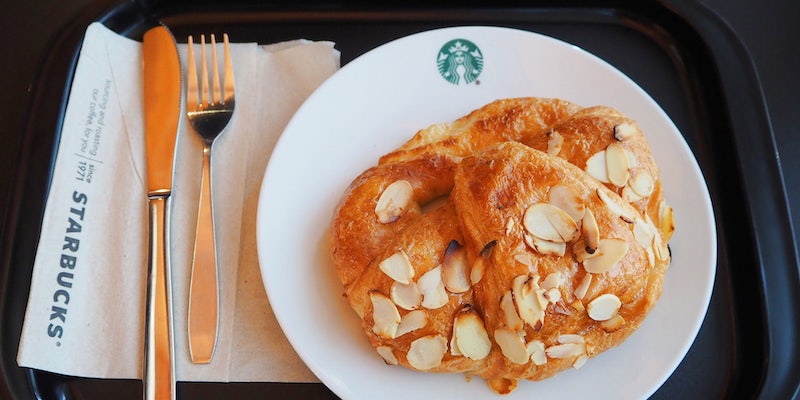 'If they ever discontinue ham and swiss croissants I'm fighting someone.'

A Starbucks barista issued a public service announcement about the store’s almond croissants in a viral TikTok video.

User Danielle (@thehighbarista) typically posts content about her job at Starbucks. In this video, she gives a PSA to her 15,000 followers regarding the almond croissant.

“Very quick PSA for those who do not know: yes, almond croissants were discontinued and no, it doesn’t make any sense why,” she says in the short clip.

Danielle wrote in the caption, “why cant #starbucks discontinue gross things like coconut lime bars instead?”

The video was viewed over 6,000 views as of Friday, with many viewers sharing Danielle’s anger about the almond croissant being discontinued.

“I dont remember the last time i sold a glazed donut but they wanted to discontinue the ALMOND CROISSANT?? jail. JAIL,” one viewer wrote.

“I loved the almond croissant,” a second said.

Some viewers said that Starbucks should’ve discontinued the donuts or scones instead of the almond croissant.

“LITERALLY THEY COULDVE GOTTEN RID OF DONUTS OR SCONES ????!!!!” one commented.

“Should’ve got rid of the donuts, they’re disgusting,” a second agreed.

Other viewers added other discontinued pastries at Starbucks.

“I’ll never forgive them for discontinuing the chicken caprese and i heard they’re getting rid of the chicken bacon,” one person stated.

The Daily Dot reached out to Danielle for comment via TikTok comment and Starbucks via press email.