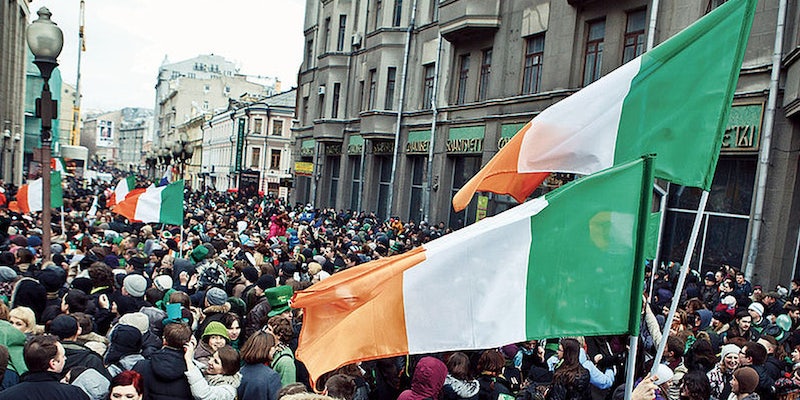 Top o' the morning to ya.

Celebrating St. Patrick’s Day is like being in a harrowing, life-or-death situation: it either brings out the best impulses in people, or, more likely, the worst. Case in point: this extremely classy and refined couple, who are now social media stars after a video of them having sex between two dumpsters in broad daylight went viral. 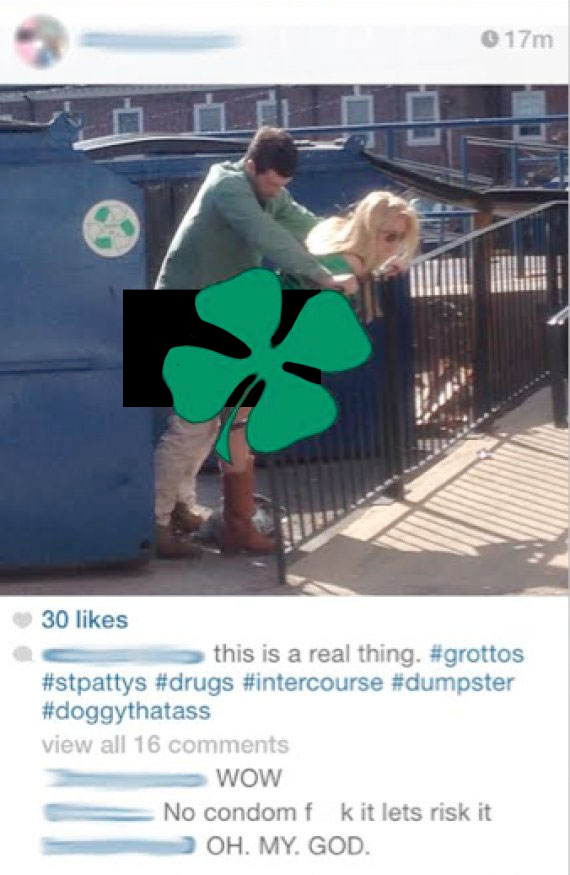 The couple was captured in flagrante delicto (that means “bumpin’ uglies” for ya plebes) in Newark, Del. on March 15, sometime during the afternoon. In a video that’s been uploaded on YouTube, the two are seen copulating doggy-style between two dumpsters in the parking lot of a Dunkin’ Donuts. Here’s the (pretty much SFW) vid:

I know, riiiiight? Who the hell wears denim shorts and cowboy boots in the middle of March?

Since St. Patrick’s Day, the video of the Dumpster Sex couple has gone viral on Facebook and Instagram, with many sharing tastefully censored screengrabs of the couple (an NSFW one can be found here).

Public indecency? There’s nothing indecent about two crazy kids expressing their love for each other. Even if it’s between two dumpsters in the back of a Dunkin’ Donuts.