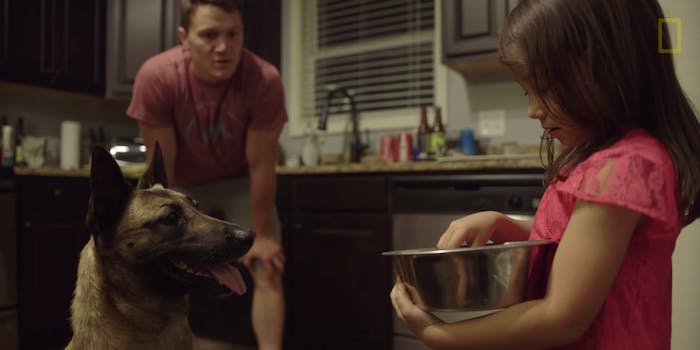 Soldier adopts the dog who saved his life

She saved his life—and then he saved hers.

One military combat dog has a forever home thanks to the very officer she saved in battle.

Layka saved the life of her handler, Staff Sgt. Julian McDonald, and numerous other soldiers after she subdued the enemy who shot her four times in Afghanistan, although she ended up losing a leg in surgery. Now, McDonald wants to make the dog a part of his family.

Layka and McDonald’s story is gaining attention again after it was posted to Reddit, and while the dog has mostly adapted to living with a family, Layka is still able to help other combat dogs in retirement. She even recently jumped out of an airplane with McDonald to test a parachute harness that will help make it easier for dogs to get to remote locations on the ground.