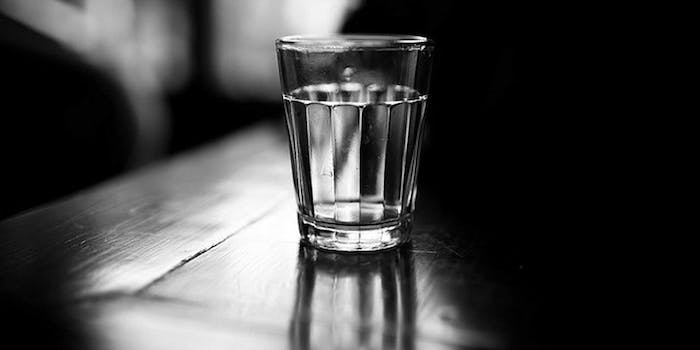 Addicts on Instagram find social media is the 13th step

Living a #SoberLife has found a community online.

Millions of people maintain sobriety by following the 12-steps, a program that has helped addicts for eight decades. In the last few years, however, we seem to have added an optional extra step: publicly declaring one’s sobriety on social media.

Instagram has become an integral part of recovery for many to track and share their progress using different sobriety-related hashtags like #sober, #sobriety, #soberliving, #12steps and #alcoholicsanonymous. Chief among them is #soberlife, which has transcended convenient social tagging device and become a unifying mantra for all those taking a public approach to getting sober.

A study released by Recovery.org in late July of this year called “Socially sober” examined 79,000 Instagram posts in the United States and found #soberlife was far and away the most popular way that people tagged their recovery photos. In the course of the analysis, it was mentioned 32,707 times, and a current Instagram search turns up more than 180,000 results.

Kevin Curtis is one such person living the sober life.

Curtis is the co-founder of Sober Movement, an online community for struggling and recovering addicts, and saw firsthand the way social media played a role in his own recovery. He spent his four years at San Diego State University “strung out on heroin,” yet somehow graduated on time with a degree in economics.

“I tried to get sober millions of times before I stuck with it,” he said. “Once I had my moment of clarity, I knew I was done, I was finished.” And now, at three and a half years sober, Curtis (pictured below) is paying it forward.

The comment section of each shout-out becomes a mini support group of its own, with people asking the subjects of the photos to share his or her story or impart any advice for successful recovery. A recent shout-out from a 24-year-old named Abby revealed that she was two years clean and sober. But when one commenter admitted that she was trying to get sober herself, Abby was quick to assure her that her process was not without struggle. She wrote:

“I went to jail three times then prison and that’s what made me decide to change my life. Start going to meetings and build a good support group of people but it really comes down to if you really want it or not. I had to learn the hard way that I really wanted it.”

It might seem daunting, the prospect of publicly declaring a divorce from drugs or alcohol in front of friends, family and employers. What if you relapse? What if that embarrassment is too much to bare?

Such is the nature of addiction: Curtis said that in the time between a follower submitting a photo for a shout-out and it actually getting posted, he has received messages from people saying they’ve relapsed. Some have even commented on their own photo to admit that they were back on day one. But, according to Curtis, others will offer words of encouragement to get them back on track—which is exactly what the community is meant to do.

Sober communities on Instagram serve another purpose as well—to emphasize the social part of social networking. Many addicts struggle with sobriety when friends and romantic partners are still using drugs or alcohol. This is one of the motivataions for Peter Rohde, CEO and founder of dating app Date Me Sober.  Just like Curtis, Rohde wanted to create a community for former addicts, but for romantic relationships.

He’s based in Denmark, but just like the many U.S.-based sobriety communities, he utilizes the #soberlife hashtag to spread the word about his product and to help a community in constant need of support. Rohde said that whether your recovery is successful or not on the first try, the key is accountability.

Curtis isn’t surprised that the rigorous road to sobriety has found its way online: He sees it as a product of our sharing culture, and perhaps as one of the truly positive things happening online.

“Times are changing. Social media and the Internet are huge in people’s lives now. It’s a way to connect with people who are doing the same thing. It’s a way to show how far they’ve come, how proud they are,” Curtis said.

“And they should be proud,” he said. “They’re overcoming something that not everyone can overcome.”