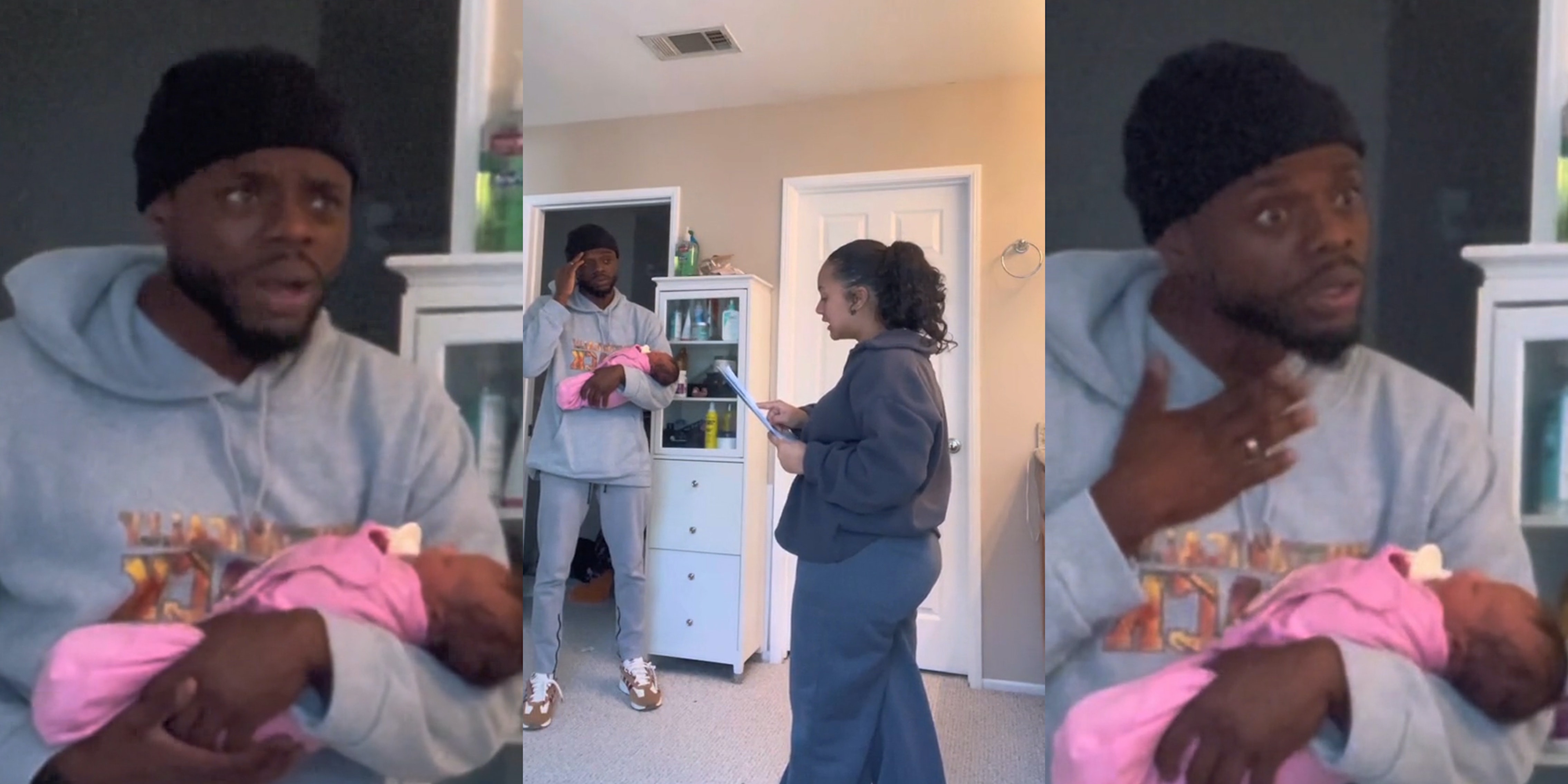 ‘How do they charge me for weighing my daughter on my own chest?’: Hospital charges couple $4K for skin-to-skin contact with their newborn baby

'Charging for skin-to-skin is the saddest thing I’ve ever heard.'

One couple is shocked to learn that they were charged thousands of dollars for skin-to-skin contact following the birth of their daughter.

In a recent TikTok video, viewed over 6 million times, Jenny Mukendi (@jandjfamily1) reads an itemized list of a hospital bill to her husband, Josh, following the birth of their daughter, Kimmery, earlier in the month. In total their bill was just over $28,000, including coverage from insurance, Jenny said.

“How is pizza $176, and how do they charge me for weighing my daughter on my own chest?” Josh said in the video, with a shocked look on his face.

In 2016, a story picked up steam of a dad being charged $39.95 for holding his newborn baby. However, it was explained the cost wasn’t for simply holding the baby but for extra oversight from an additional nurse to ensure the mom and the baby remain safe following cesarean delivery, the New York Times reported.

Health care costs can vary dramatically in the U.S. depending on if the baby is delivered vaginally or through a cesarean birth. The U.S. has been known to be one of the most expensive places to give birth, and it also has a higher infant mortality rate than other developed countries, according to Forbes. Kaiser Family Foundation reported that a Cesarean delivery can cost around $26,000 while a vaginal delivery can is about $14,800.

Commenters on Jenny and Josh’s post recounted their own experiences of incurring high cost after giving birth.

“Both my hospital bills for both my kids are in collections,” one commenter said.

Others expressed how thankful they were to not have their birthing experience in the U.S.

“I’m [so] glad I’m in the UK because if they charged me for skin to skin with my own baby I would be swinging hands with everyone,” another commenter said.