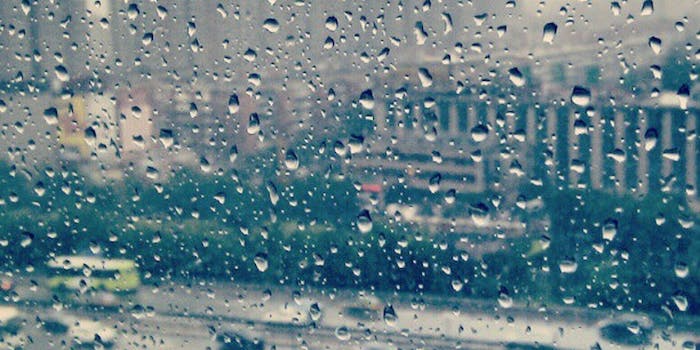 A curious thing happened on Sina Weibo this morning: As Chinese officials prepared to release casualty figures for the monstrous monsoon floods that have inundated the country’s capital for days, the Twitter-like service’s search function suddenly broke.

On Sina Weibo, a real-time search for “Beijing” usually pulls up posts that use the word. So if you searched for “Beijing deaths,” you’d see pages of discussions about the casualty figures. But on Thursday evening and Friday morning Beijing time, Weibo’s search had a hiccup.

A search for “Beijing” only returned people who used the word in their user names, The Wall Street Journal reported. The wonky search only affected Weibo users in Beijing.

There’s no official word on whether Weibo’s search problem was censorship or just a bug, and there probably won’t ever be.

Why would officials be so sensitive? Beijing is feeling the heat from Weibo users, who have criticized the municipal government for a failure of urban planning, as Beijing has been overrun with floodwater that begin with a major storm Sunday night. In an announcement that coincided with Weibo’s search bug, officials said that 77 people have died since Saturday.

Indeed, Sina Weibo had already begun censoring critical posts. “They never realized that in addition to putting makeup on this city to make it look pretty, they should have also built sewers that actually work,” journalist Li Chengping wrote in a blog post that was quickly deleted by censors, The New York Times reported.

In the same post, Li also called for ordinary people to help out with rescue operations. That call for help, of course, also disappeared into Weibo’s overflowing dust bin.