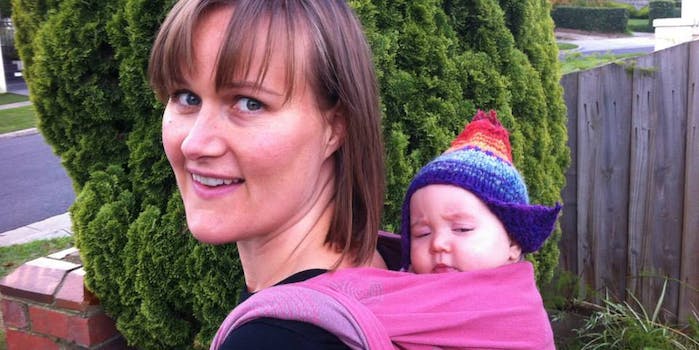 The video of the birth has gone viral on YouTube.

Doula, therapist, and mom of four, Simone Thurber, gave birth to her fourth child, Perouz, in a creek in Australia’s Daintree Rainforest.

Nope, it wasn’t an accident. Thurber planned the event after watching a documentary about women giving birth in the Black Sea.

She also videotaped the birth and put it up on YouTube on her daughter’s first birthday, in 2013. The video has since gone viral with over over 54 million views.

In an interview with Self magazine, Thurber explained that she took precautions—having a midwife and helicopter pilot on standby and a hospital not far away. But ultimately, Thurber wanted to have a natural birth in nature.

Critics (including one doctor quoted in the Self article) have pointed out the unsanitary conditions and the risks Thurber took by exposing herself and her child to parasites and bacteria.

What if something had gone wrong! You're not only putting the baby at risk, but you're putting yourself at risk! https://t.co/qRdeOAOMC7

On her Facebook page, Birth in Nature, Thurber argues:

WHY can’t a human be born on this planet, their home, without the risks inherent from humans upsetting the natural balance of the eco system and polluting this precious earth?”

We ALL have the right to not only be born in a clean, natural environment, but to enjoy our WHOLE existence on a pure earth.

This earth was designed to perfectly support our species. WE are the ones who have created the problems. WE need to fix them.
I hope Perouze’s birth and the fear it evokes about “parasites and bacteria in the water” wake people up another level. The problem here isn’t my choice, the problem is what we have all done to the environment.

Thurber also runs a blog titled the Earth Birth Method that advocates for natural birth in nature, where she writes, “The HUGE number of people who comment on my YouTube video about parasites and bugs in the creek water arrive at their opinion from an indoctrinated Western society, brought up on a steady diet of advertisement for anti-bacterial products and pharmaceutical ‘solutions’ to health problems (this is particularly rampant in the U.S.).  Yet Perouze has been my healthiest child to date.  So far, my method is working.”