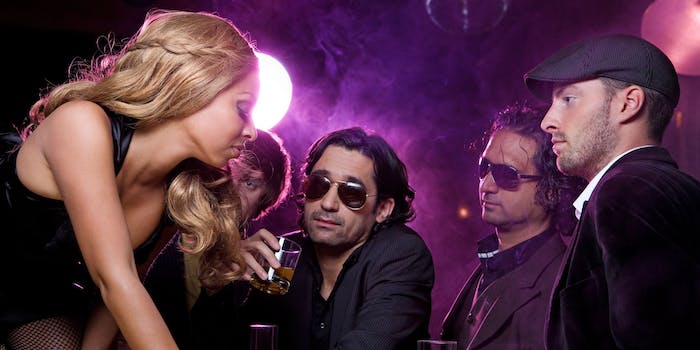 He also admitted to not hiring any women because of maternity leave.

Silicon Valley isn’t known for its inclusion of women. A recent survey discovered that 60 percent of women working in Silicon Valley had experienced sexism. But this tech startup CEO goes beyond the pale with his discriminatory practices.

Posting on Reddit last week, a self-identified tech-company founder asked about the legalities of throwing an in-office stripper party. The idea for the party, according to the poster who uses the screen name fjfilin, was chosen by his employees, who are all men.

His question shocked a lot of Reddit readers, who told him that the party was not his best idea. But his comments in response to their advice shows that his sexism runs even deeper—in particular, that he doesn’t hire women because, you know, then he’d have to pay for their maternity leave.

He later clarified his stance by explaining that women are “less qualified for technology.” Oh, cool, much better.

Apart from being horrible, it's also wrong: (1) CA law has unpaid leave; (2) applies to parents regardless of gender

Commenters on Twitter pointed out that not hiring women because of California’s maternity leave policies is, among many other things, short-sighted, because under the law men can take parental leave as well.

As for the stripper party, redditors explained that anyone, both men and women, can claim he’s fostering a “hostile work environment.” Plus, that whole double-standard, coming-back-to-bite-you-in-the-ass thing. User JadieRose wrote, “And [think] long and hard about the implications of this in any future EEO complaint (which you will have). ‘Oh, your boss once threw a stripper party? In the office???’ The employee will have lawyers lining up.”

Fjfilin hasn’t been identified as of this posting.