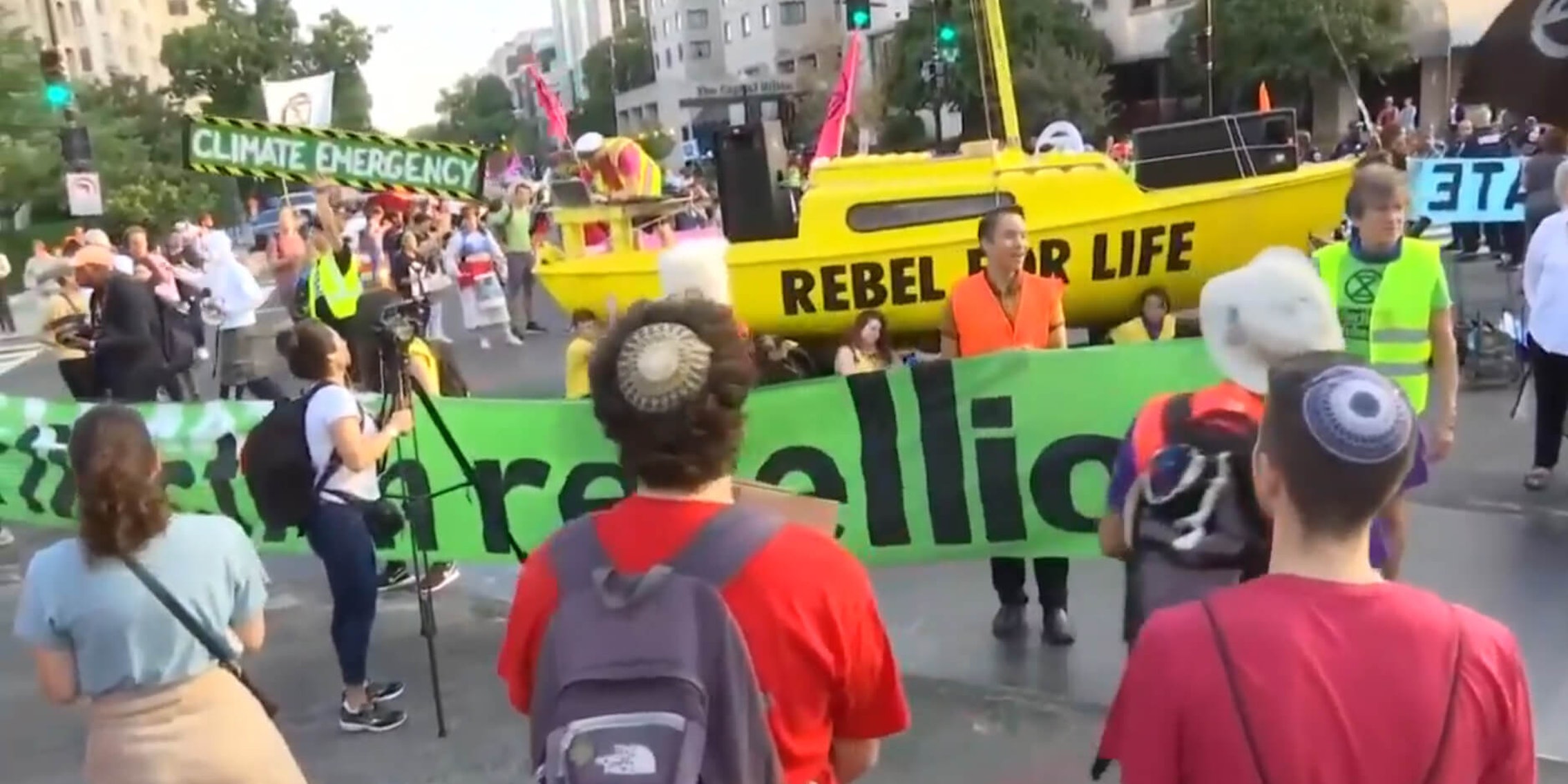 The protests shut down several intersections in Washington D.C.

Climate crisis activists shut down roads in Washington, D.C., on Monday as part of a “Shut Down DC” protest trying to spur action from lawmakers to combat climate change.

The group’s website said the protest was meant to “stop business-as-usual, bringing the whole city to a gridlocked standstill” because “the status quo of delay, inaction, and half measures is no longer an option.”

Social media posts of the Shut Down DC protests show people holding signs that read “In case of climate emergency put the fire out,” “capitalism is killing the planet,” “climate justice is health justice,” and “planet before profit,” among many others.

One of the blocked areas had protesters on a pink sailboat with “tell the truth” written on it.

I’m in downtown DC where climate activists with Extinction Rebellion have blocked the intersection of K and 16th streets with a big sailboat that says “rebel for life.” @WTOP @WTOPtraffic #ShutDownDC pic.twitter.com/NWIO1aRvM3

This is the direct action we need.

The protests are on the same day that leaders from countries around the world are meeting for a United Nations Climate Action Summit in New York. President Donald Trump is not among the leaders participating in the event, according to USA Today.

Meanwhile, some members of Trump’s administration have taken notice of the protest.

U.S. Citizenship and Immigration Services Acting Director Ken Cuccinelli tweeted a photo of the protesters holding a “capitalism is killing the planet” sign, saying that what they were “really against is capitalism and freedom.”

“As you can see from the picture that I took of the so-called global warming protesters outside of my office, what they are really against is capitalism and freedom. I would also note, that the police seem to be helping them more than anything…” Cuccinelli wrote, adding: “Can you imagine any protest about any issue that is right of center where the police in Washington DC would just let you stop up traffic all over the city? Yeah, neither can I. This looks like a form of passive support by the police.”

As you can see from the picture that I took of the so-called global warming protesters outside of my office, what they are really against is capitalism and freedom. I would also note, that the police seem to be helping them more than anything… pic.twitter.com/tNajTXILIe

Cuccinelli’s tweet was not met well with people online.

tfw you wish the police would crack some heads for protesting global warming https://t.co/I4r2tAde8W