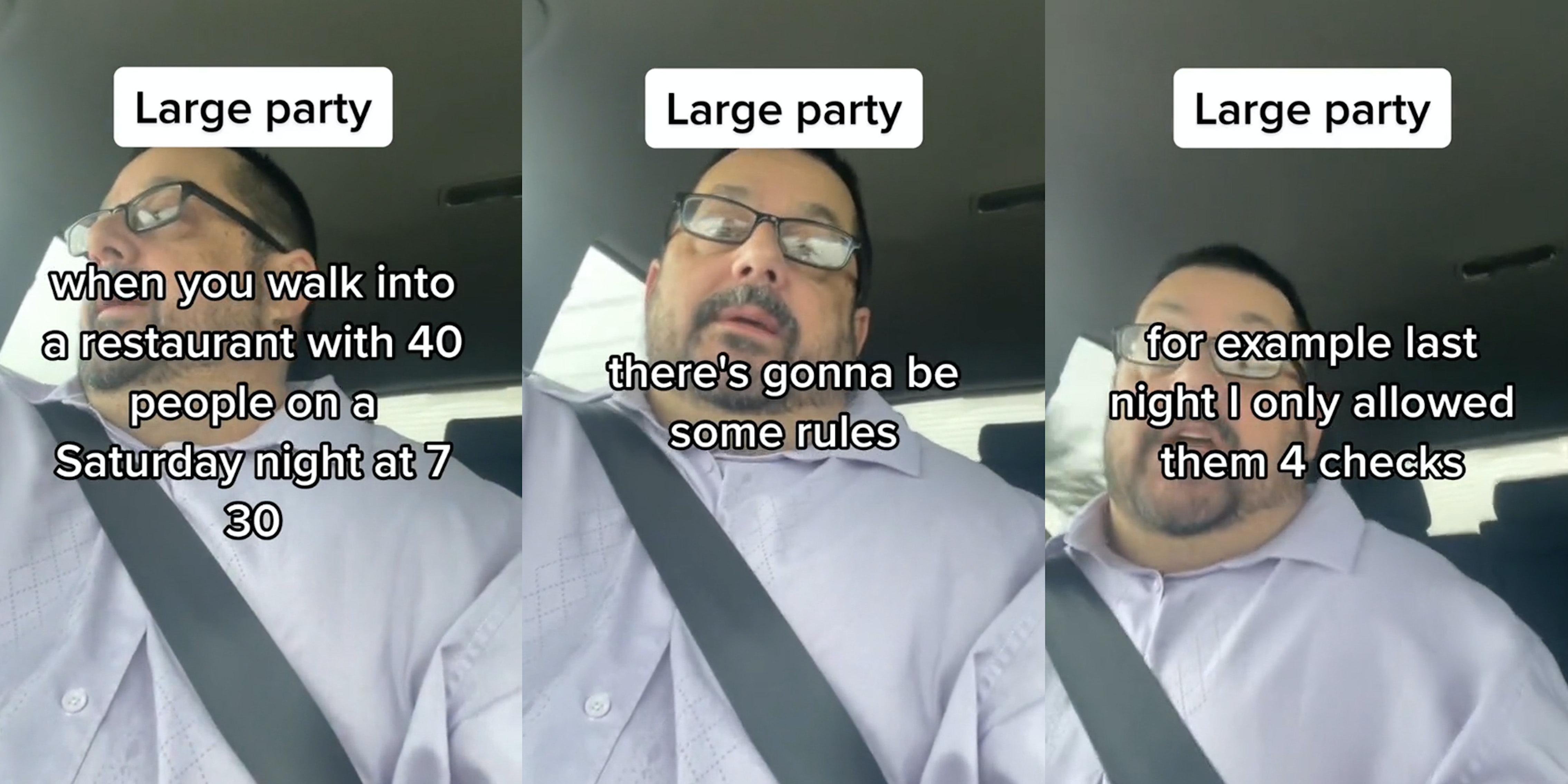 ‘I can’t allow you more than 4 checks’: Restaurant manager says this is what you can expect if you show up with a large party

‘My family does this… the right way.’

A manager went viral on TikTok after revealing the rules of what to expect when dining at a restaurant with a large party.

The video features user @gangsta_gramps as he drives in his car. He reveals to his followers what to expect when you show up with a large group of people on a Saturday night.

“When you walk into a restaurant with 40 people on a Saturday night at 7:30, there’s gonna be some rules,” the content creator says.

He explains how he doesn’t mind serving people, regardless of the number of people or what time. However, he can’t “compromise the service through the rest of the building and staff morale.”

Then he dives into the rules. The first rule, the manager says, is that “you don’t get to choose where you want to sit.” The second rule is that there will be “very limited checks,” saying he only allows “up to four checks” to split. He says the guests get to decide how they are going to split their check after they have left the restaurant. Lastly, the guests will have to deal with the number of servers they get. If there’s only one available, “your service isn’t going to be quick,” the manager shares.

The video garnered over 438,000 views as of Friday, where viewers praised @gangsta_gramps for his management style.

“I want you as a boss!” one viewer complimented.

“I wish all managers were liked this,” a second wrote.

“I would love you as my manager lol,” another said.

Others shared their horror stories of dealing with huge parties of people at restaurants.

“I had a table come in and say they had 10 last night and it quickly turned into a 35 top with me on as the only server in our dining room,” one person shared.

“I’m a bartender and had 100 people walk in plus a 70 person open bar already going on … ON A FRIDAY was the worst day of my life,” a second commented.

“Last place I waitressed. 5 years ago. they would take a party of 75 with no reservation and fuss at us for not being ready. they were pretty cool tho,” another wrote.