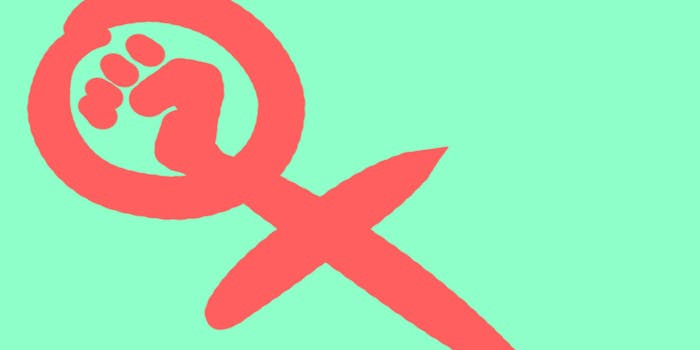 Woman behind #ShoutYourAbortion in hiding after threats

The woman who initiated the viral hashtag #ShoutYourAbortion has left the city where she lives and is in hiding at an unknown location, according to the Los Angeles Times.

Inspired by the congressional attempt at defunding Planned Parenthood, Amelia Bonow first suggested that women speak out about their abortion experiences using the hashtag in a Sept. 18 Facebook post. Writer Lindy West joined in, posting #ShoutYourAbortion on Twitter and inviting others to do the same. The resulting posts quickly turned into a viral phenomenon which was covered by news outlets worldwide—and induced an epic onslaught of online trolling and harassment from anti-abortion activists.

Then, Bonow’s home address was published by the conservative news outlet the Daily Caller on Sept. 22.

Bonow told the Times that’s when she began receiving death threats. She and her boyfriend first moved from their building into a Seattle hotel, and then left town altogether.

David Hale, the vice president of Planned Parenthood Northwest, reached out to Bonow after becoming concerned for her safety. Hale connected her with local FBI and other law enforcement who, reported the Times, are currently assessing the threats to determine whether it is safe for the couple to return home.

Threats against feminists are hardly new. In August 2014, Feminist Frequency founder Anita Sarkeesian left home to crash on a series of friends’ couches after threats against her intensified. Other women targeted by the controversial anti-feminist Gamergate movement, like developers Brianna Wu and Zoe Quinn, also abandoned their homes after death threats beseiged them online.

Harassers and trolls accused the Gamergate targets of overly-dramatizing the threat level at the time, but feminists have been similarly targeted in deadly ways in the past. This September, a massacre threat was aimed at “feminists” at the University of Toronto, forcing women’s studies classes to be cancelled. The threat rattled students and the administration, recalling the 1989 Montreal Massacre where a man shot 14 female students while raving that he was “fighting feminism.”

After Eliot Rodger killed six people in a mass attack in 2014, men’s rights activists online pointed out his anti-feminist manifesto writings and showed a disturbing level of sympathy for his murders.

The Daily Dot reached out to Lindy West for comment but did not immediately receive a response. Bonow told the Times that she refuses to be “drowned out by the people who make me not want to be at my apartment now.”