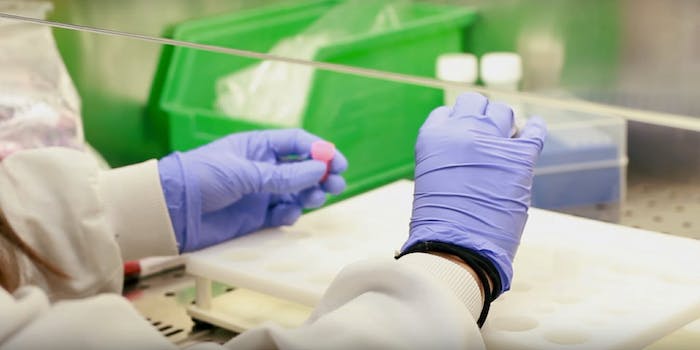 Science may have finally cracked the link between attractiveness and success

Researchers have pointed to a cause-and-effect relationship for the first time.

Now, researchers are closer to understanding the cause-and-effect relationship—and the news is not good for most of us.

Researchers at the University of Exeter in the U.K. looked at over 100,000 Brits and figured out what aspects of their height and body mass ratio were determined by their genetics. According to their analysis, published in the open-access BMJ, people who are short or overweight due to their genetic make-up made less money than people of the same educational level who were taller and thinner. The effect was especially pronounced in short men and overweight women.

In the studies, the authors emphasized that their work does not exclude the possibility that the effect works the other way, too. While genetics may lead people to score less lucrative jobs, lower socioeconomic status may still exert some effect on how tall or fat people get.

It’s unclear, the researchers stated, what exactly drives the effect. People who are overweight or short might have lower self-esteem, leading them to be less aggressive in pursuing higher-paying jobs and negotiating higher salaries. The researchers also acknowledged that the problem may be on the part of employers, subconsciously favoring taller, thinner employee prospects over their equally-skilled but shorter and overweight peers.

The researchers also acknowledged that their study had some limitations. The participants in the study were all born between 1938 and 1971, so a good chunk of the participants were developing their career in a different era. It’s possible some of the negative stigma to being a short man or an overweight woman have dissipated since then, the authors suggest, and that the effect may not be as strong on today’s young workforce as it was in the past.

They also noted that height, body mass index, and socioeconomic status are stratified across the U.K. That might mean that the association they found is more due to a geographic coincidence than a major sociological phenomenon. However, given the massive body of evidence across multiple Western societies that agree with this study’s findings, it seems unlikely that their results would be due to this type of artifact in the data.

H/T Slate | Screengrab via The BMJ/YouTube