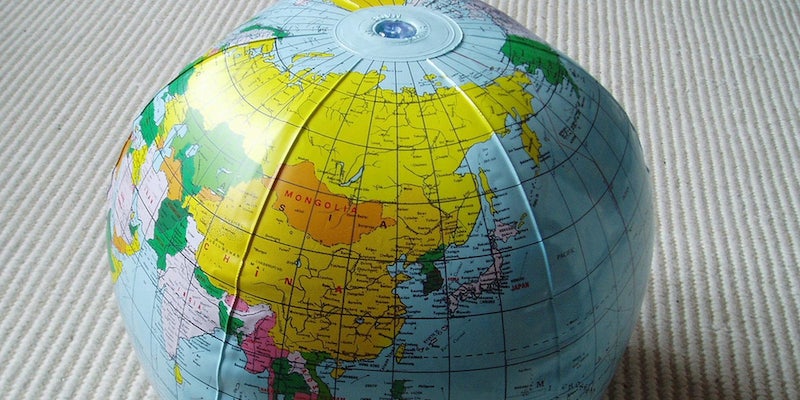 For most people, travel is about seeing new places, broadening your horizons, and comparing the quality of the fries at the Reyjkavik airport Burger King to those at the Vatican City McDonald’s. For the redditors on this r/sex thread, however, it’s about meeting locals, sleeping with them, and using their experiences to draw broad, inaccurate generalizations about their culture’s sexual practices.

Of course, because it’s Reddit, it was probably unreasonable to expect a broad, open-minded discussion of cultural sexual differences when girl7555 posted the following query: “For those of you who had sex with people from other countries. Are there any differences to the sexual habits in your home country?” Yet one probably couldn’t anticipate the sheer volume of responses from intrepid sexual explorers, eager to share the wisdom they’d learned from their travels.

Because many of these accounts are based on stereotypes (and because redditors are not exactly the most reliable sources, particularly on matters related to sex), we should take them with more than a proverbial grain of salt.

If you’ve ever wondered how loud Scandinavians are in bed, or how to say “May I please finish?” in Japanese, the thread is worth a look. Below, a list of sexual practices by country, according to globe-hopping redditors.

Germany: According to Reddit, Germans’ military practices extend beyond the battlefield: they “tend to get forcefully invasive without warning.” (one man, however, refuted this assertion, reporting that his German paramour was “extremely respectuous” in bed). Deutsche women in particular are eager to stake out new territory: “I’ve noticed German girls stick their finger in my butt more than other girls and without warning.”

France: Despite the stereotype that the French are the most passionate lovers in the EU, they’re considered somewhat overrated by redditors, who call them “really tender,” but “passive in bed, despite being really good flirts.” That’s what happens when the most widely disseminated symbol of Gallic virility is a cartoon skunk, I guess.

Japan: While the obvious stereotypes about Japanese women being more “demure” and “submissive” than Western women are certainly present (ew), perhaps the most interesting revelation about Japanese sexual practices is related to Japanese men: a number of redditors agreed that without exception, “they ALL will ask if it’s OK if they come.” In Japanese, this phrase apparently translates into “Itte ii, Ikisou,” in case you’re looking for a creative way to end your next boring business meeting.