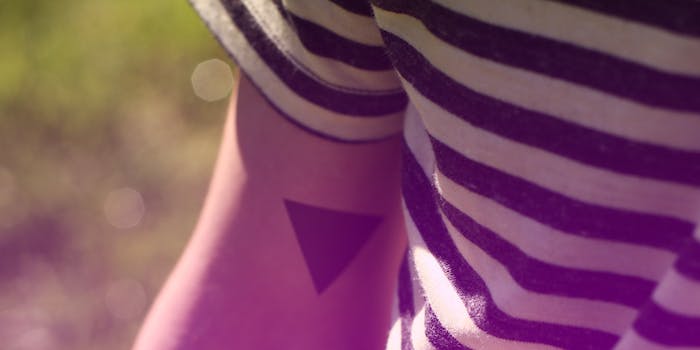 Every generation is getting a little more queer

The younger generation is more likely to identify as bisexual.

A new online poll, published Sunday by the British survey site YouGov, asked the respondents to identify their sexual orientation with a rating on the Kinsey scale. The Kinsey scale ranges from 0-6 with zero being heterosexual, six being gay and most people falling in between. Of 1,632 people surveyed by YouGov, only half of respondents in the 18-24 age range said they were completely heterosexual. Forty-three percent said they fell somewhere in the bisexual range of the Kinsey scale, and about 5 percent identified as totally gay. Additionally, the majority of bisexual respondents thought of themselves as “mostly straight” but with a few same-sex experiences under their belts.

The YouGov poll also found that the previous generation was far more likely to identify as heterosexual. Between ages 40-59, a full 81 percent identified as completely straight, with only 16 percent falling somewhere in the bisexual range of the scale (note: it’s unclear why YouGov chose not to include the “completely homosexual” respondents in poll data).

Interestingly, the amount of people polled who did identify as completely homosexual barely varied at all—ranging from 5 percent in the 18-24 group to about 4 percent in every other age group.

The YouGov survey covered sexual behavior as well, finding that the younger generation isn’t just thinking about bisexual encounters, but acting on them. According to YouGov, “23 percent of those at level 1 [predominantly heterosexual] have had a sexual encounter with a member of the opposite sex, while 52 percent of people at level 2 [closer to bisexual] have had such an experience.” As people move higher on the Kinsey scale towards exclusively homosexual behavior, their sexual experiences weigh more towards same-sex encounters than opposite-sex.

Basically, we’re getting gayer and gayer with each generation. Or at least, more open-minded.