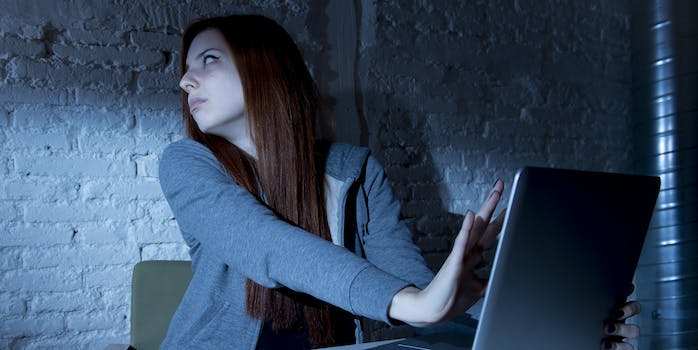 While any woman with even a shadow of an online presence can attest that the internet is often a terrible place, this seems especially true for women working in sex-related careers. Comments are either of a sexual nature or are like the one above, since some men see inclusion in a traditionally male-dominated industry as a threat. (Never mind that many of these sex-tech products serve women’s bodies, and women have long been sick of the same, narrowly satisfying vibrator companies have tried to pass off for decades.) This puts women running sex-tech businesses in a difficult position: Censoring your comments section makes you look less open to divergent viewpoints, but why should you have to wade through a bunch of men’s rights activist-style nonsense simply to reach customers’ legitimate concerns?

“We are just proud to be women designing products for vulvas!” Fine replied. “In this particular case, we do think our sex matters and sets us apart from many of the other brands in the space. But everyone should buy from whomever they wish.”

To be fair, many men in the comments of this particular post were there for Fine’s measured comebacks, and the entire interaction was notably free of remarks about her looks and speculation about her sexual preferences—the kinds of vitriolic, gendered abuse with which women on the internet will be familiar. But still, it’s quite clear that Fine is taking shit simply because of her gender.

Fine tells the Daily Dot that around 30 percent of the comments she receives reflect some kind of “nuanced misogyny.” She finds the feedback fascinating, and while she’s good at ignoring the personal attacks that land in her various inboxes, she likes to respond to the ones that happen out in the open.

“I could just hide a lot of them, but I think these are really important conversations that people need to be having,” Fine says. “I just want [commenters] to have some … respect for who I am and what I’m doing so that maybe they’ll continue to hear me or follow me on social, be influenced by the work we’re doing.”

“I just don’t want to push people away,” she adds. But “I do think that people respond to sex toys way more aggressively than they respond to other products.”

People also respond to women online more aggressively than they do to men. According to the Pew Research Center’s 2017 online harassment survey, men are slightly more likely than women—44 percent of men versus 37 percent of women—to experience some form of abuse online. However, the abuse men face is of a distinctly different, possibly more palatable, flavor. Women are much more likely to experience sexual harassment on the internet, especially young women: Of female respondents ages 18 to 29, 53 percent reported receiving unasked-for, explicit content, versus 37 percent of men in the same age bracket. A separate 2016 study, out of Australia, found that women overwhelmingly received more death threats and threats of sexual abuse than men did. As Danielle Citron, author of Hate Crimes in Cyberspace, wrote in Forbes, women are the more likely targets of cyberstalking, and more likely to have compromising pictures of themselves circulated online. Which is to say, men are more likely victims of name-calling; women are more likely victims of rape threats and revenge porn.

Anecdotal evidence (and personal experience) overwhelmingly suggests that women working in sexual or sex-adjacent professions attract a lot of ire, and/or random solicitations from strangers on social media. It is frustrating, to say the least, that maintaining an online presence is often crucial to career success, and for a woman running a fledgling company—who needs to interact with consumers in order to sustain interest and attract new customers—it’s discouraging that sifting through rude, sexualized attacks becomes part of the job.

“It’s such an uphill battle and I don’t know that we’ve figured it out yet, on what to respond to, what to delete, what to block—it’s hard,” says Polly Rodriguez, CEO and co-founder of Unbound Box, a sex toy subscription service. “Because we want to foster open and honest conversations, and by deleting comments and by filtering those conversations, are we then being hypocritical and where do you draw that line?”

Rodriguez says Unbound gets most of its harassment via email, quite possibly because it’s easy to say whatever the hell you want in private, when you know no one else is listening. Most days, the company gets emails from people asking questions like, “Are you dirty little sluts? Will you send me photos? Are you all lesbian lovers together?” When people are sexually explicit, or make derogatory remarks, it’s an easy decision to block their accounts, Rodriguez explains; it’s more complicated when creepy comments come in through the customer service line under the guise of legitimate questions about the products Unbound sells, or when they surface on Facebook, Instagram, and Twitter. How a brand responds to commentary and criticism holds weight, and it bothers her that her employees have to field verbal abuse.

“It’s just hard as a leader to feel like you can’t protect the people, always, who are on your team and that they have to be exposed to stuff like that. It’s frustrating and it’s heartbreaking because there’s really nothing you can do,” she says. “You can’t proactively prevent it.”

It’s also hard when the gross comments bleed over from your brand identity into your personal inbox. Increasingly, on Facebook and Instagram, Rodriguez fields nasty feedback about the content she posts for herself, and a huge number of unsolicited come-ons. While we were on the phone, she took a look at one source she typically ignores—her unfiltered Facebook message requests—and read me the note at the top of the pile: “The stuff you talk about turns me on, I didn’t expect you to be kinky lol.” She has hundreds of friend requests and similar messages asking for her romantic attention, from men in countries all over the world that she’s never visited.

Observations about her sexual proclivities don’t necessarily evoke danger—although Rodriguez says she’s read some pretty terrifying things about herself on platforms like the Breitbart comments section—but if they occurred in a traditional workplace, they’d certainly qualify as harassment. “It’s really exhausting and frustrating because I do not know what the best answer is,” she says. “Because by just letting it sit there, I know that that’s the best thing and just like do not engage and ignore it, but it’s so fucking hard when people have such hateful things to say about you.”

When it comes to arbitrarily cruel commentators, Dr. Pamela Rutledge, director of the Media Psychology Research Center, would like to see successful women getting harassed online brush off their critics like flies, she tells the Daily Dot. “Responding to trolls and responding to people like that, it activates them,” Rutledge says. “You don’t want to spend your time dealing with those things, so that’s what the delete button is for,” not to mention, blocking features.

On your business’s social media accounts, she adds, be very clear that “any inappropriate comments are going to be blocked or deleted, because our goal is a very positive one, so we aren’t going to tolerate that. Genuine questions are fine, but abuse is not fine. It’s not fine anywhere.” Ultimately, Rutledge explains, you have to be selective about where you engage.

Both Fine and Rodriguez said they try to respond to as much of the commentary as they can—especially when they see a legitimate concern their advertisements or approaches may have overlooked—but it’s a lot to constantly police. Especially when the onus isn’t equally distributed within the industry.

Operating on the same suspicion, I put Fine’s hypothesis to the test and asked a dude working in sex tech about the harassment his job engenders. Bryan Stacy is co-founder and CEO of Biem, a smartphone app that blends telemedicine and appointment-booking to help people get tested for sexually transmitted infections. Has he experienced an especially high degree of cyberharassment since stepping into the sex tech arena?

“I haven’t gotten any,” he tells me in a phone interview. “We have a live chat feature for customer service and support, and every once in a while we get a semi-nude photo or an inappropriate GIF. But man, those are few and far between. Since we’ve been open in June, we’ve maybe received four of them.”

Stacy does get the occasional comment from a scandalized parent who disagrees with the way Biem talks about sexual health. “But honestly,” he says, “it’s those type of comments I welcome.”

Stacy says these interactions tend to be congenial. He likes hearing where his customers are coming from and, like Fine, appreciates the chance to call someone in and help shift their perspective. He realizes, too, that he gets the luxury to have those conversations in less heated terms from the start.

Of course, the impulse to hit on or harangue a woman who’s talking about sex is rooted in power imbalances and sense of entitlement, the same things that make (some) men think it’s fine for them to force themselves on female colleagues or dangle promotions in exchange for sexual favors.

Perhaps the single bright spot in all of this is that, in Fine’s comment section, men’s minds did seem to change. “Good for you, I hope your company does very well,” one man she bantered with eventually wrote back. That, at least, is one small step.