Amber Hawk Swanson's sculpture-performance project will leave you feeling a bit gross, but maybe also a little turned on.

Blackfish, a bracing documentary about the circumstances surrounding the deaths of three people in connection with a SeaWorld orca bull named Tilikum, is the hottest Netflix–streaming recommendation of the moment, so you might be curious to do a little extra Googling on the topic. If that’s the case, you’ll soon run across the website of Amber Hawk Swanson, a video and performance artist who took apart a sex doll in her own image to create “a small replica” of the troubled killer whale.

The Amber Doll > Tilikum project dates back two years, starting not long after veteran trainer Dawn Brancheau died in the animal’s tank as a horrified SeaWorld audience looked on. Since then Swanson has continued her “alchemic performance series transforming lifelike silicone sex dolls into models of captive whales.” She repurposes and reshapes the “PVC skeletons and silicone flesh” in a livestreamed “series of actions that are at once tender and destructive.” The results, uploaded to her blog, are somewhat… grotesque. 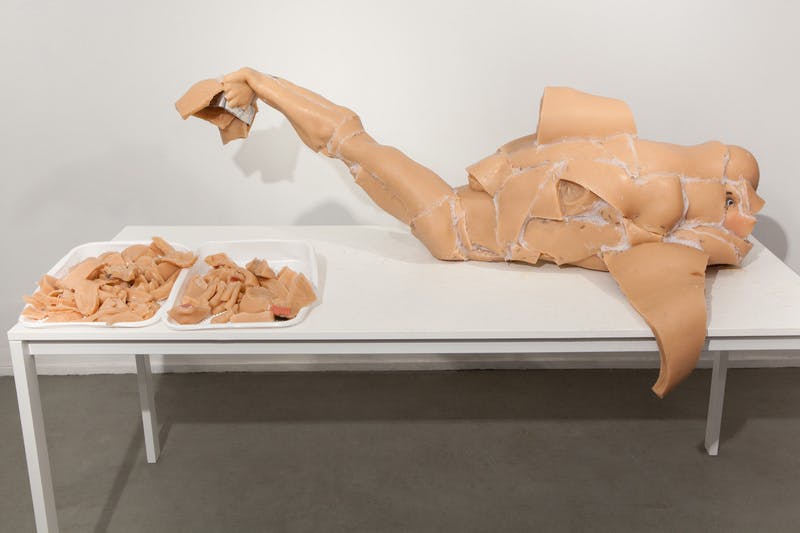 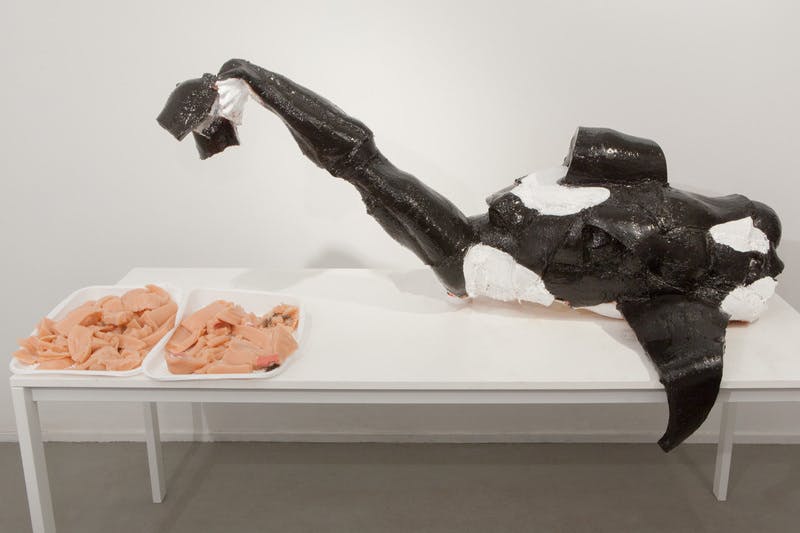 Swanson, like the producers of Blackfish, is clearly opposed to the capture of whales and very attuned to the various physical defects brought on by the stress of their confinement, as discussed in several academic texts: Tilikum has a collapsed dorsal fin, which is common for male whales that live in pools, as hours of “surface floating” and “slow-circle swimming” do not effectively “sculpt” an erect fin as various ocean currents would. He’s also broken some teeth and needs extensive dental care; Swanson broke apart her sex doll’s skull to recreate his jaw. 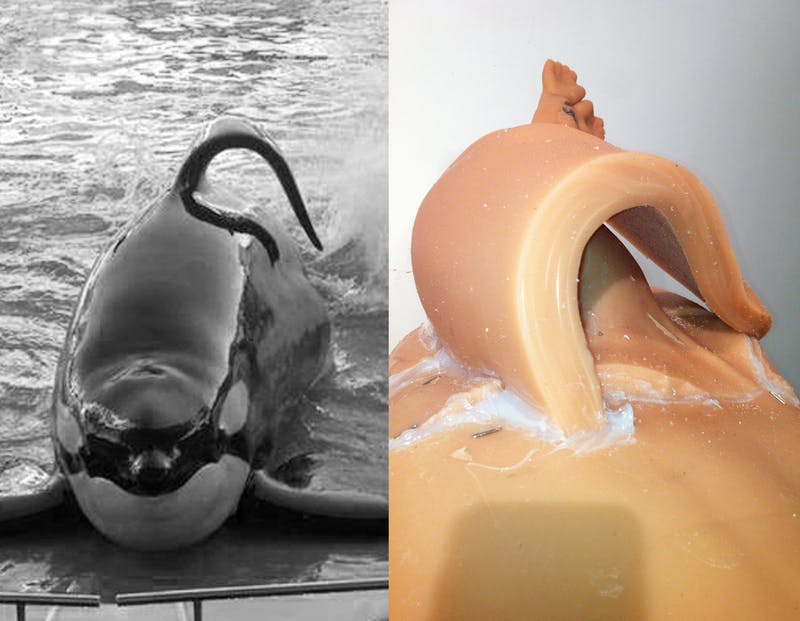 There’s no mistaking the anti-captivity tone of this and similar pieces. What’s harder to tease out is the strange relationship Swanson identifies between herself and the tragic marine mammal. They were both born at the outset of the 1980s, for one. She also has a tattoo of his name and posed nude with her finished sculpture of him. She even went to a fjord in Iceland near Berufjörður, where Tilikum was caught 30 years ago—posing nude again.

Is there a legitimate connection to be found between the human form (or human fetishes) and the plight of intelligent sea creatures forced to perform for their food? Sure, why the hell not. Under the guise of weird art, almost any idea will fly—even if it makes you look like you’re in love with a murderous whale. Pretty sure there’s a famous novel about that, actually.