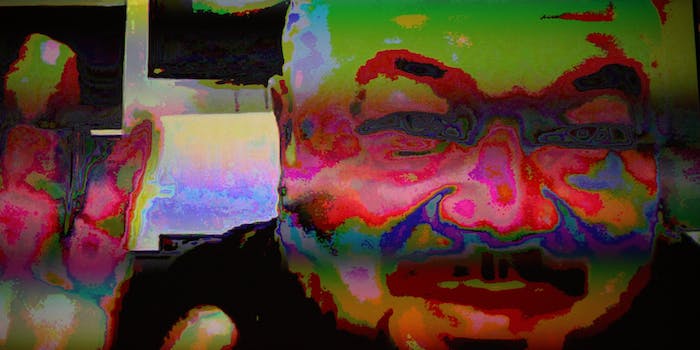 The revolution will be whispered

Google cofounder Sergey Brin believes the Web is being stifled with rules and regulation. But for Chinese dissident Ai Weiwei, the people will always have the final word.

If you were to believe Google cofounder Sergey Brin, the future of the open Web is at doubt, quivering under the force of powerful enemies such as corporate America and repressive governments across the world.

But is he right? One high-profile Chinese dissident has a very different take.

Two of the biggest bogeyman in Brin’s tale of imminent Internet censorship are Facebook and Apple, both of whom have created walled gardens that can’t be crawled for data, Brin told The Guardian on Sunday. Partitioning the Web with walls of rules “stifles innovation,” Brin said.

It’s easy to dismiss Brin’s screed against Facebook and Apple as a self-serving corporate attack masquerading as high-minded criticism. (And many have.) His argument about state-sponsored censorship in places like Iran, Saudi Arabia, and China, however, is far more salient.

Brin has first-hand experience with China’s censorship regime, in particular: Google partially pulled out of the country in 2010, citing worries over censorship and cyber attacks . At the time, Brin was optimistic Google would return. The Internet was an indomitable force for freedom, he believed, and censorship would fail under its democratizing power.

Now, perhaps older and wiser (or just cynical), Brin has changed his tune.

It’s certainly an ominous time for free speech on China’s Web. As Twitter-like microblogs have exploded in popularity, the government has taken ever more drastic measures to control speech, from the tried-and-true measure of keyword scrubbing to requiring users to post under their real names. The crackdown on the country’s social media reached its denouement in late March, when popular services Sina Weibo and Tencent shut down their commenting sections entirely for four days after rumors of an attempted coup attempt flooded China’s spaces

But one indomitable force in China begs to differ with Brin’s assessment. On the same day The Guardian posted the Brin interview, it also ran an essay from artist Ai Weiwei.

Ai frequently takes his pen to Beijing’s throat, predominantly on Twitter, where he has about 140,000 followers. (Twitter is blocked in China; Ai presumably accesses it via a proxy.) Police arrested Ai on trumped up tax evasion charges about a year ago, holding him for three months. Since his release, he’s been under 24-hour police surveillance. Despite this, Ai suffers none of Brin’s hand-wringing anxiety over the future of the open Internet.

Freedom persists, Ai argued in his Guardian essay, no matter how hard the state tries to suppress it:

“Censorship is saying: ‘I’m the one who says the last sentence. Whatever you say, the conclusion is mine.’ But the internet is like a tree that is growing. The people will always have the last word – even if someone has a very weak, quiet voice. Such power will collapse because of a whisper.”

They may speak quietly (or in code) to stay one step ahead of the censors, but China’s netizens can’t be silenced. Their revolution will be whispered.