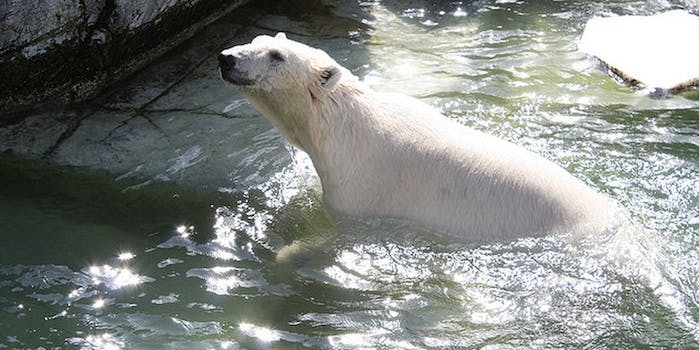 Mass typos have lead to many people accidentally enquiring about donating polar bears instead of donating money to cancer charirites.

Well-intentioned people, fresh from snapping a selfie without makeup, have accidentally come close to adopting a polar bear instead of donating to cancer charities.

The mixup has been happening due to the similarity of the wording in text messages used to donate money. Instead of sending “BEAT” to help beat cancer, many people have accidentally been sending “BEAR”:

Just told Jamie to text 70007 for cancer and he accidentally sent bear and now he’s got two polar bears 😂😂 pic.twitter.com/U6xgkl8ZxI

So I try doing my bit for Cancer Research and I end up adopting a Polar Bear! #AutoCorrect #Issues #CancerResearch pic.twitter.com/iom6FvK9EK

Eventually the World Wildlife Federation realized what was happening and changed their response message to alert the accidental donors that they had, in fact, made a mistake. No donations were taken from the typo’d texts.

Obviously I can’t even text a donation right and almost end up adopting a polar bear pic.twitter.com/IQ7srb09TM

The #NoMakeupSelfie trend has spread across Facebook and Twitter in the past week as women have shared snaps of themselves without make-up to raise awareness of breast cancer. We’re sure that the charities involved appreciate everyone bearing with them while the confusion was cleared up.