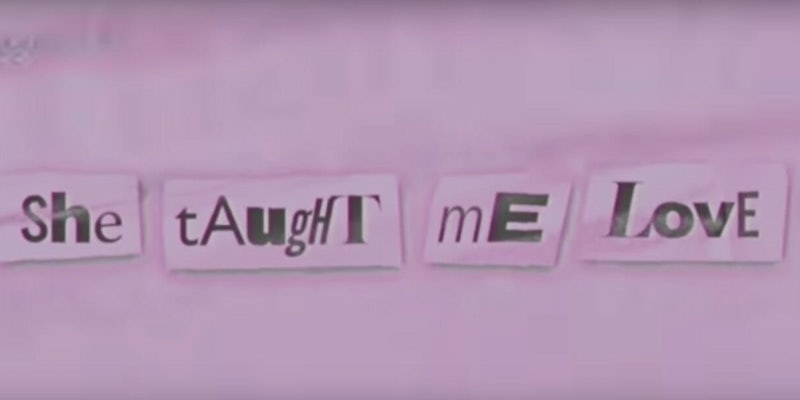 For a verse, Ariana Grande leads us on.

Last week, America’s favorite pop star Ariana Grande dropped a surprise bop about her exes, titled “thank u, next.” The song came as a response to an SNL promo in which Pete Davidson used their very public breakup as a punch line. Thirty minutes before showtime on Saturday night, Grande released the song. Fans were both stunned and elated at the singer’s unannounced release, but no faction of Arianators were more riled than queer women — unsurprisingly, as “riled” is our resting state.

The shock came as the result of a lyric in the second verse of “thank u, next.” After Grande thanks all of her exes, she describes a new love interest on the horizon: “Plus, I met someone else, we havin’ better conversations.” Then she uses a female pronoun to describe said new love, a brief moment that allows for a single, collective gay gasp — until she reveals, “Her name is Ari.” Goddamnit. Did I just get queerbaited by self-love? Is that a thing?

It pretty much is a thing. The pop star goes on to sing “She taught me love, she taught me patience, how she handles pain, that shit’s amazing (Yeah, she’s amazing).” I swear, that shimmering, fleeting moment where I thought Ariana Grande dropped a coming-out banger was the most “thankful” I’ve felt in all of 2018. While many fans were confused, mishearing “Ari” as “Aubrey,” others were quick to point out the similarity to #LiabilityGate, AKA, when Lorde dropped a faux-coming out banger turned self-love anthem.

“So I guess I’ll go home, into the arms of the girl that I love,” Lorde sings on “Liability,” a song off her 2017 album Melodrama. She continues, “She’s so hard to please, but she’s a forest fire. I do my best to meet her demands, play at romance. We slow dance in the living room, but all that a stranger would see is one girl swaying alone.”

To answer my first question right off the bat — no, purely expressing self-love isn’t “queerbaiting.” Queerbaiting is defined as “a media work’s attempt to lure an LGBT fanbase with either false hints of representation or stereotyped, non-essential LGBT characters.” So, I guess technically, pop stars aremaking a habit of using queerbaiting as a tactic. While Grande is quick to say her own name, Lorde drags it out a bit longer, stringing her witchy lesbian fans along for almost an entire verse. But is it cruel? Does it have the same harmful effect as queerbaiting in film and TV?

I think intention is important. Usually, queerbaiting implies ill intentions or a gratuitous, pointless show of queer sex. For example, in the first episode of Riverdale, Betty and Veronica kiss in front of their cheerleading squad for no reason other than shock factor — the “titillating” surprise of a girl-on-girl kiss — and that’s offensive. Women who love women shouldn’t be exploited for grabby teen drama or for the purpose of serving the male gaze. However, Ariana and Lorde aren’t maliciously exploiting a queer narrative for their own gain — they’re appropriating it for the use of a metaphor, and I think that’s OK.

Hailee Steinfeld sang about loving herself in the aptly titled 2015 single “Love Myself,” in which she says, “I know how to scream my own name. Scream my name. Gonna love myself, no, I don’t need anybody else.” That same year, Fifth Harmony released a song called “Reflection,” in which the girls profess their love to their own reflection: “Where you from? Must be heaven. You’d be rich if looking good was your profession. Think I’m in love, ’cause you so sexy. Boy, I ain’t talkin’ about you, I’m talking to my own reflection.”

And of course, there’s the 2014 Nicki Minaj and Beyoncé collaboration, whose title comes clad with a double entendre: “Feelin’ Myself.”

So, it seems like suggestive self-love has always been around. This brings me to my next question. To borrow a meme format: Fellas, is loving yourself gay? I’m joking, but also I’m not. There’s one obtuse question straight people have asked queer people, myself included, throughout the years: “If you like women, does that mean you’re attracted to yourself?” After years spent laughing in the face of heterosexuality, I realized that these dumb, curious straights might actually be on to something: I absolutely am attracted to myself. Isn’t everyone, at least on a good day? Shit, on a good body image day, I’ve taken nudes of myself without even sending them to anyone — just to record for posterity. I hold my boobs in my hands as much as possible. I stare at my naked body in the mirror all the time. Maybe self-love is extremely fucking gay — or at least, loving and accepting your shape is.

So, I’d like to pose the question to Ariana Grande and Lorde: you gay? And not even like, gay for other women, but like gay for yourselves. I think I’ve made a pretty clear and concise argument for self-love being inherently queer, so if you love yourself — enough to write a song about dating yourself, that has to fall somewhere on the scale of queerness, right? On a scale of “Her name is Ari” to “I love me, gonna love myself, no, I don’t need anybody else,” where do you fall?