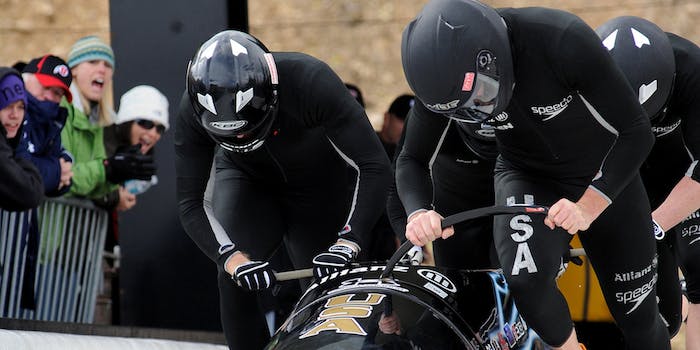 Maybe this is why Olympians have so much sex

Science reveals that sex can be performance enhancing for Olympic athletes.

Earlier this week, we learned about the time-honored tradition of athletes hooking up during the Olympics. The Olympic Village is basically one giant XXX-rated Benetton ad. So we naturally wondered if all that intercoursing translates into heightened (or decreased) athletic performance during the games.

Thankfully, the good folks at ASAPScience have released a new animated video that settles the question of whether sex affects athletic performance.

The video tracks the history of the scientific community’s views on the relationship between sex and sports, starting from the ancient Greeks, who thought semen was magical and contained a man’s strength. Athletes were advised against getting down before major athletic competitions.

Today, however, researchers have found that having sex actually increases levels of testosterone, the hormone that produces aggression in both men and women. If you compete in an exceptionally aggressive sport like hockey, speed skating, etc., having sex the night before could potentially tip the odds in your favor. There’s no conclusive evidence that having sex the night before competition has any deleterious effects for an athlete’s strength, power, or endurance.

So if having sex before competing can actually enhance an athlete’s performance, what does that say about the sex lives of the athletes competing at Sochi this year? We’ll never know for sure, but let’s just say that it’d be pretty sweet to be a fly on the wall of the Canadian men’s hockey team locker room.