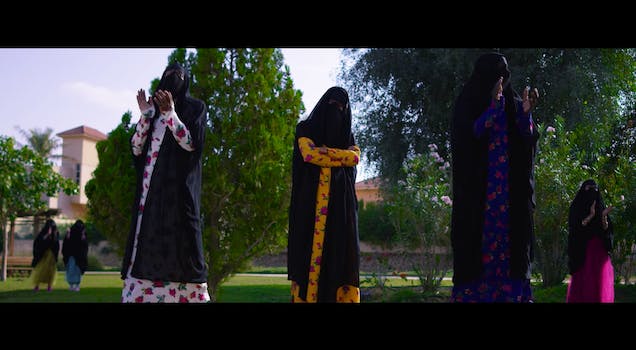 Watch these women take freedom into their own hands.

Saudi Arabia is infamous for its oppression of women’s rights—in the World Economic Forum’s Gender Gap Ratings for 2016, it ranked 141 out of 145 countries.

Though Saudi women were finally allowed to vote last year, there’s still a long list of no-no’s they must abide by: Women aren’t permitted to drive, swim in public pools, work out in gyms, enter cemeteries, browse fashion magazines, open their own bank accounts, file for divorce, or wear anything other than an abaya in public.

But in this new music video, Saudi women can do it all. They’re playing basketball, skating, breaking out in dance, and riding dirty in some bumper cars all while rocking niqabs. The only men that cameo are a driver, two disapproving official types, and a Donald Trump cutout. In one verse, the women chant (via Google Translate), “May all men be erased as they’ve given us mental illness.” 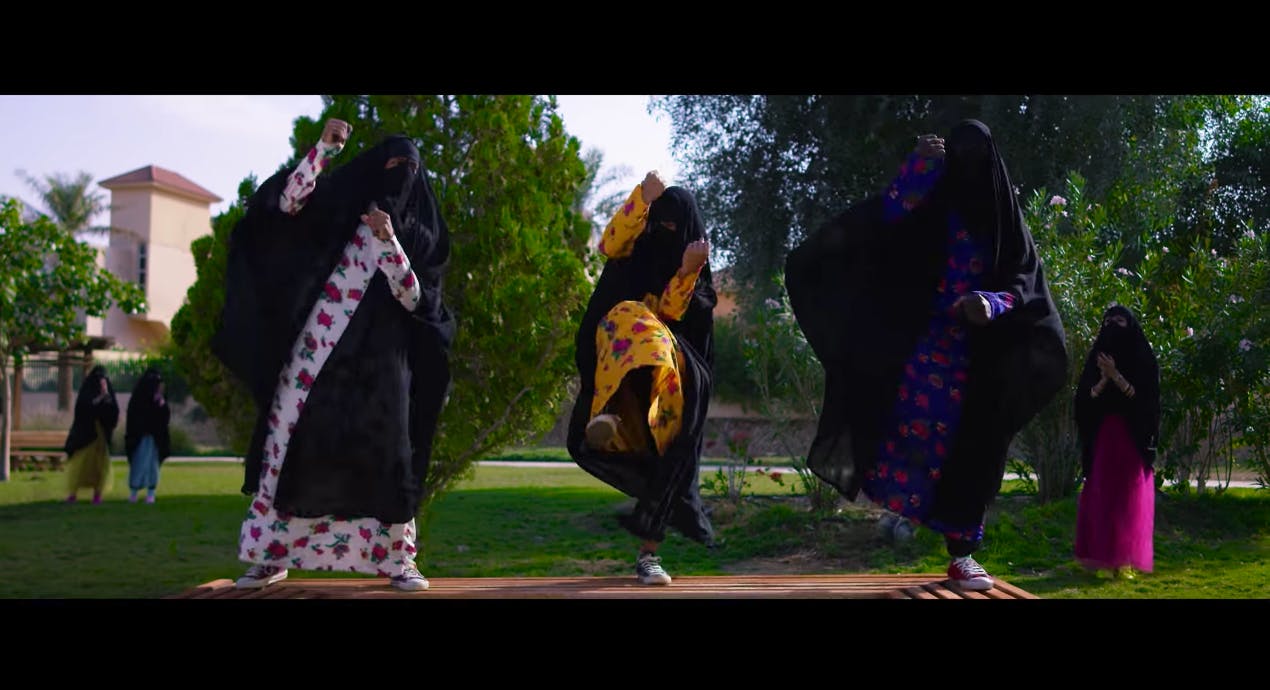 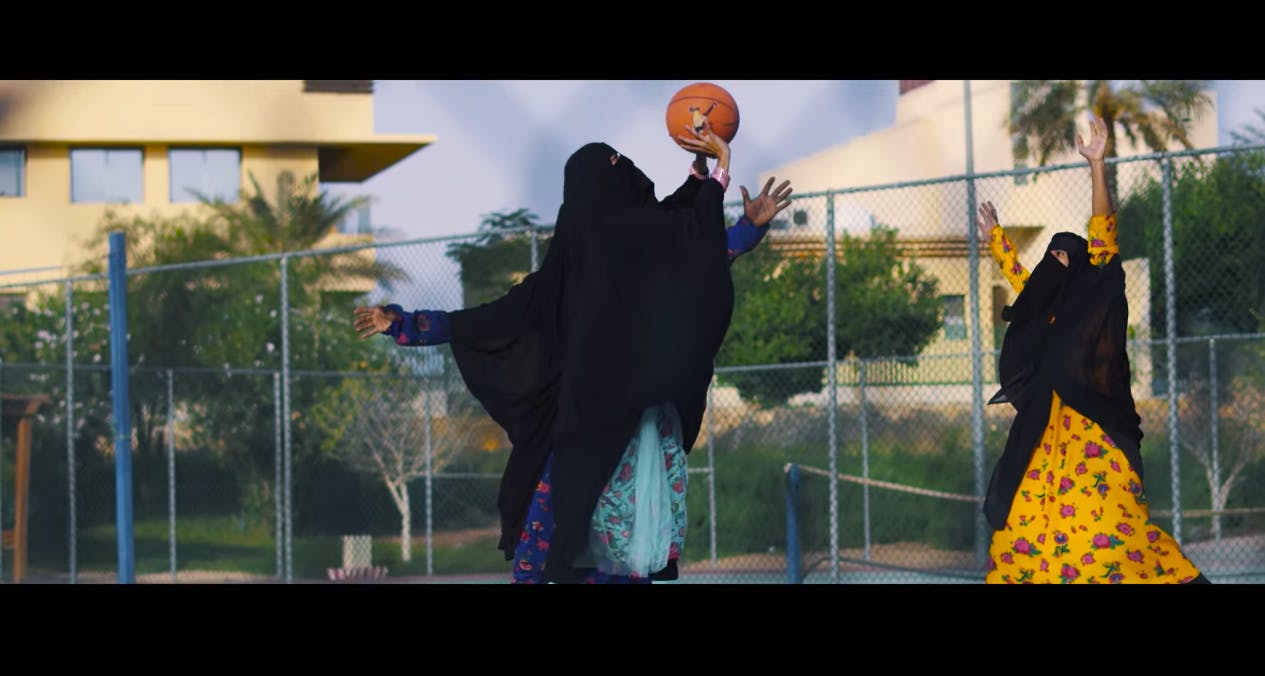 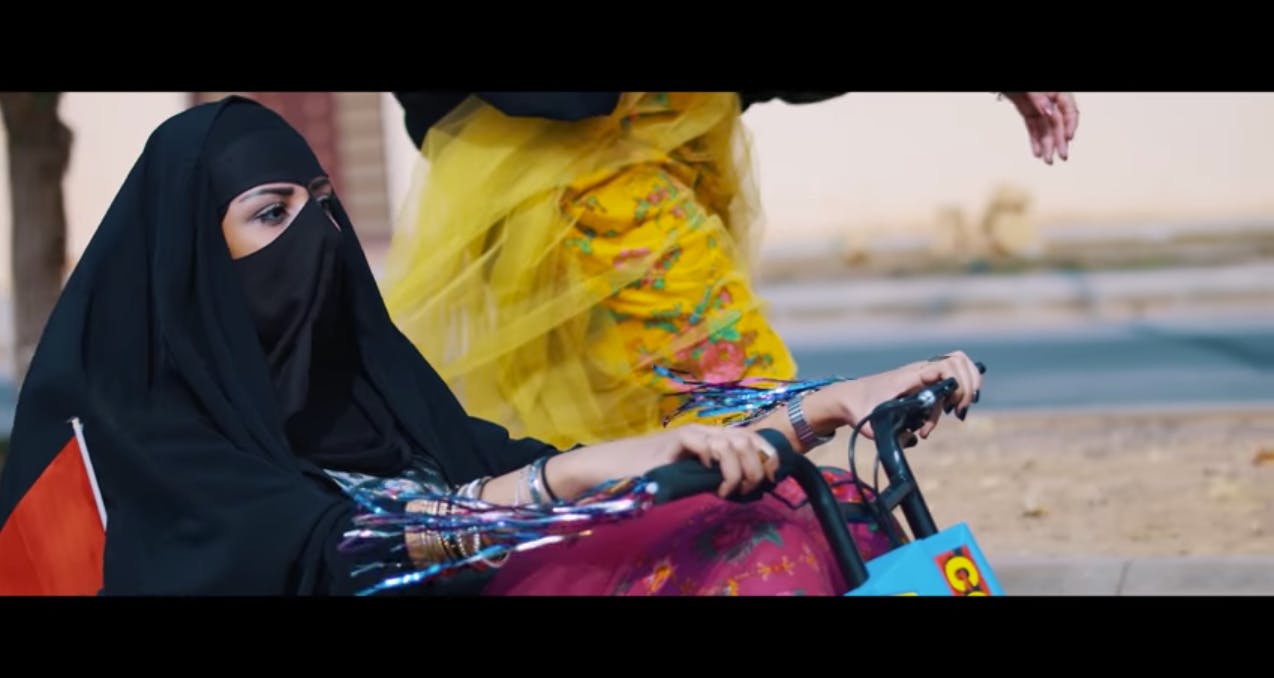 In just a week, the video titled “Hwages,” translated as “Concerns,” has gone viral and sent waves through the Arab world, garnering more than 1.5 million views.

Directed by Majed Alesa and produced by 8IES Studios, the video is a remake of a  2014 production. Both songs use the same lyrics, but the remake’s bright, albeit Westernized, styling in a strangely more conservative time seems to have garnered it a wider audience online.