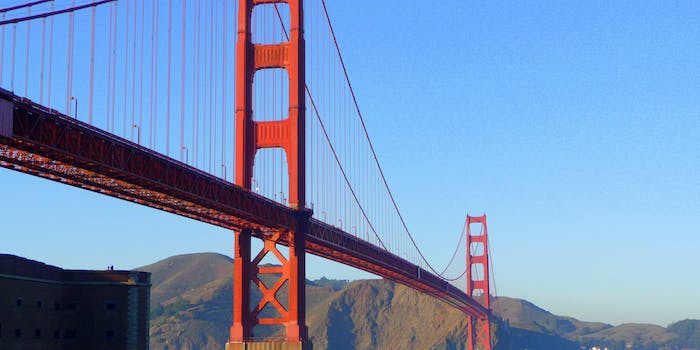 Finding a suitable roommate in a major metropolis is hard—and, for the the most part, Craigslist doesn’t make things much easier. How can an ordinary, black-and-white classified notice show off your true colors and convey your personal brand?

Lauren Fahey, a recent arrival to San Francisco from New York had a simple but clever idea for how to stand out from the crowd of would-be cohabitators: up the production values a bit. Her listing contains all the ordinary particulars (age, habits, preferred neighborhoods) but comes along with what resembles a poster for a movie, or music festival, in full color, complete with splashy blurbs from friends and roommates past.

“Lauren is a housewife in a hipster’s body,” raves one buddy. “She knows how to seriously cook, clean and party.” Others praise her generosity and sixth sense for finding out about cool new bands. She’s also “not neurotic.”

The image of Fahey posing with a faceless friend and the words “THIS COULD BE YOU,” in front of an incidental naked man, completes the picture. Apparently, the eye-catching advertisement snagged her a home in no time. How easy was that?

Now it’s just a matter of getting her stuff moved in. Too bad Photoshop won’t help there.