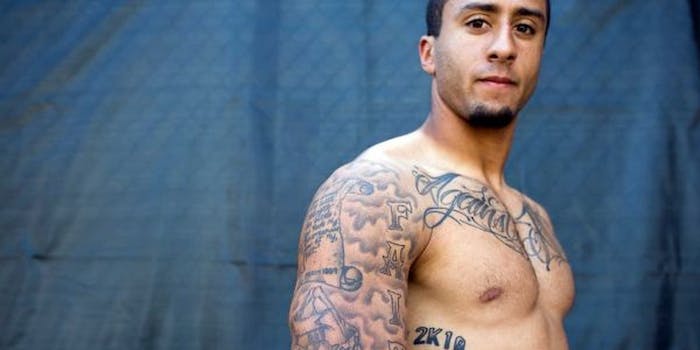 That's not how you build a strong #brand, sir.

When Colin Kaepernick posts on Instagram, he oftentimes includes the hashtag #7tormsComing, because the San Francisco 49ers quarterback wears No. 7 and because, I guess, he likes to believe that he can produce huge weather events by the way he plays football.

So, when central and south Texans were inundated by thunderstorms and plenty of flooding in Austin and Houston during the past few days, Kaepernick spotted an opportunity to continue building his brand. 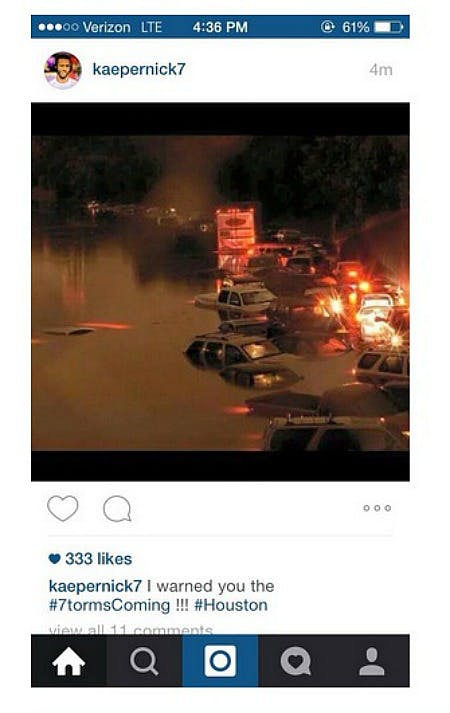 Turns out that, much like Kaepernick’s performance at times during the 2014 season, he didn’t play this one so well.

The floods have been devastating for the region—at least 17 people have died and at least 10 more are missing—and the disgusted online reaction to Kaepernick’s post was instant.

Kaepernick quickly deleted the post and offered this tepid response.

No disrespect intended! Prayers up!

Two minutes later (!) he posted this Instagram photo of himself without a shirt before returning to Twitter and offering a more substantial apology.

From now on, perhaps we all should make a pact. Let’s not include our personal hashtag and branding when we see photos of major flooding that has stranded cars on highways and killed people. That seems like a pretty good idea.