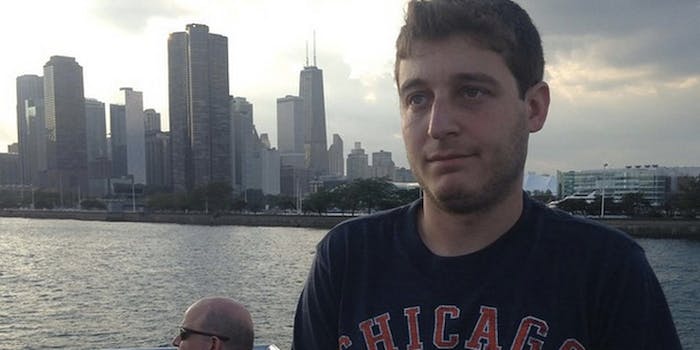 When all his bros were late to a bachelor party, this dude partied alone

A bachelor party is an opportunity to congregate with all of your bros and bro out for an entire bro-tastic weekend. But what if your bros are late? Or never even show up? What’s a bro to do?

Robbie Chernow, 28, arrived in Chicago on Thursday to celebrate the end of his friend Jake’s bachelorhood. But he soon found out that the rest of the partygoers—groom included—were stuck in New York due to a canceled flight.

But like any good bro, he saw opportunity in a sucky situation, and took to his Instagram to share his solo midwestern adventures with the hashtag #ChicagoForOne.

This is Aryana. She assures me that "the bus will be here soon. Just wait."…I've heard that one before. Thanks, Aryana! #chicagoforone

Tinder update! It got real weird real quick. Think I'll stick to asking for recommendations from the hotel concierge #chicagoforone

One of Chernow’s friends felt so bad for the lost and weary traveler that he set up a GoFundMe page to boost the guy’s spirits. 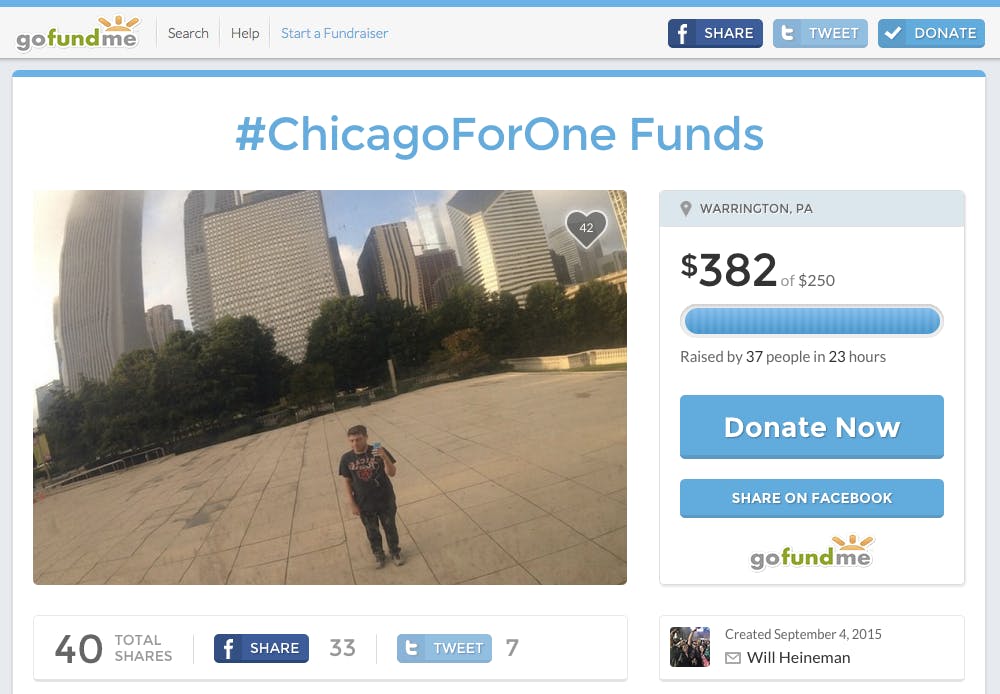 A bunch of thirsty strangers donated to the lonely celebrant because they decided they literally had nothing else to do with their money.

Robbie’s friends did make it to Chicago on Friday, leaving plenty of time for debauchery and shenanigans and any other rowdy nouns you’ve seen in a bachelor party email thread.

Congrats to the groom on his upcoming nuptials. But mostly, congrats to Robbie for being a social media #maven.