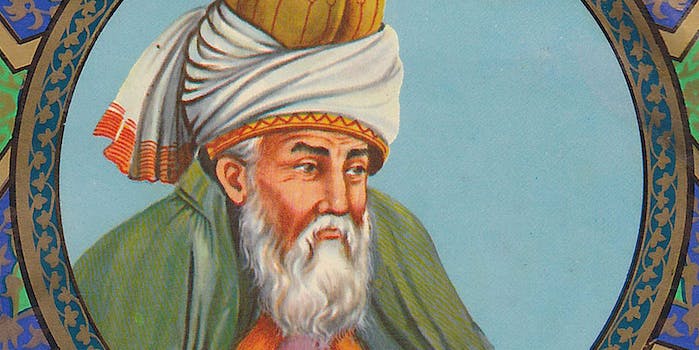 #RumiWasntWhite asks filmmakers not to cast DiCaprio as Sufi poet

Another case of Hollywood whitewashing, another backlash.

Jalāl ad-Dīn Muhammad Rūmī, often known simply as Rumi, was a 13th-century Persian poet and scholar. He was born in the Kwaraziman dynasty, which encompassed parts of what is now Iran and Afghanistan. He was most certainly brown. Which, of course, means Hollywood wants to cast Leonardo DiCaprio in the movie based on his life. Ramadan Mubarak, I guess.

Screenwriter David Franzoni, most famous for Gladiator, told the Guardian he wanted DiCaprio to play Rumi, and Robert Downey Jr. to star as the mystic Shams of Tabriz—aka two white people playing two nonwhite people. If you couldn’t guess, many are unhappy about those choices and are posting about it under the hashtag #RumiWasntWhite.

This is where @LeoDiCaprio and @RobertDowneyJr need to nope the fuck out and publicly & vocally refuse to take these roles. #RumiWasntWhite

Franzoni says the film, which has yet to be cast, will delve into the life of one of the most famous and popular poets who ever lived. “Rumi is hugely popular in the United States,” he says. “I think it gives him a face and a story.” Let’s just hope that face is the same color as Rumi’s was.