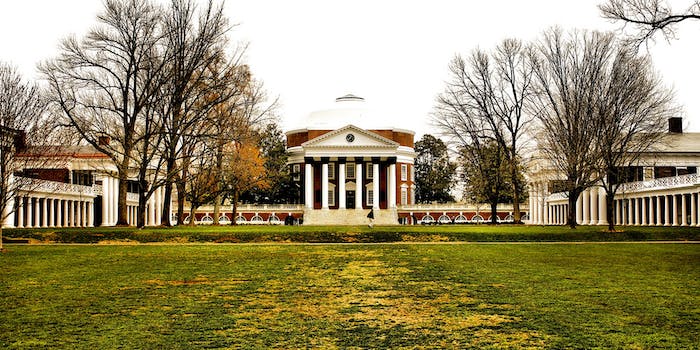 What Rolling Stone can teach us about talking about campus rape

When I was raped in college, I felt I had nowhere to turn to. The fallout from the Rolling Stone UVA debacle can change that.

Reading Columbia Journalism Review’s point-by-point breakdown of the many ways that Rolling Stone mishandled its reporting on the alleged fraternity gang rape at the University of Virginia last winter was tiring. The hours I’ve spent for months pondering what better way there is for rape to be reported on and talked about and eradicated were tiring. Talking about “rape culture” in both professional and personal circles, without any real solution, is tiring.

But the thing that’s really tiring is that all of these hours I’ve spent talking about the UVA rape story ultimately boiled down to what the best practices of reporting on rape are. The conversations were peripherally about college rape, but they weren’t about college rape. And that’s all this latest CJR report proves to me: Even when we talk about rape, we don’t actually talk about rape.

I have my own college date rape story, a phenomenon that’s unfortunately becoming all too common these days. I went to a large public university, one lauded for its liberal politics, its academically focused student body, and its unabashed commitment to free speech. I can tell you that not a single one of those qualities did me an ounce of good when I was raped as a freshman by a graduating senior. I was only 18, barely out of high school, and as mature as I thought I was at the time, it wasn’t until I was raped that I realized just how little I actually knew about the world.

All my life, I had trained to earn a first-class college degree. I’d spent 17 years busting ass to get into a good school, yet talking about something like rape was completely foreign to me. Because when it comes down to it, we don’t really talk to teenagers about how to handle sexual assault. How do we prepare them to be able to handle something like rape with the composure the court of public opinion expects from “ideal” rape victims, while dealing with the catastrophic emotional damage that rape inflicts at the same time?

For an adult with years of life experience, the responsibility of being a quote-unquote “credible” rape victim is enormous. For a college student with little life experience, like me or like UVA’s Jackie, that problem is significantly magnified.

Talking about rape was completely foreign to me.

When I was a freshman at Berkeley, I had to take a painful two-hour, two-part online course on drinking called AlcoholEdu. Nothing was more annoying to me than this trite presentation filled with incredibly obvious multiple choice answers about the dangers of binge drinking. For me, the only result of taking the test was that it made me late to the unsanctioned pregame in the dorm room down the hall.

But what AlcoholEdu did, whether I’m willing to admit it or not, was start a conversation about binge-drinking. Even if the majority of this conversation was college students asking, “How do you fast-forward AlcoholEdu so that we don’t have to listen to all of it?,” the message came through loud and clear: My college did not condone binge drinking, and it wanted to give students the tools to educate and protect themselves.

No similar programs or educational fora were offered on consensual sex and sexual violence. There were no compulsory education programs offered on campus like AlcoholEdu, just free rape whistles that UC Berkeley police department officials would hand out if you stopped by during the first week of orientation.

I knew in a general sense, one honed by years of marathoning Law & Order: SVU, what to do if something like that happened to me: that I shouldn’t shower, that I should call the police.  But this knowledge existed in the abstract. I was convinced it would never happen to me, and if it did, I wouldn’t make the mistakes other rape survivors did.

I was convinced it would never happen to me, and if it did, I wouldn’t make the mistakes other people did.

And then I got raped, and every step I made seemed like a mistake. I didn’t report it, because a cursory Google search couldn’t even tell me if I should be going to UC Berkeley’s campus police department or the Berkeley city police force. I chose not to tell many people, because I socialized in communities where this sort of thing doesn’t happen very often, and we therefore have no reason to talk about it. I compacted all my feelings into a very small box that I rarely open even now.

I’ve now convinced myself that the reason I never spoke up was because I was a known drinker who liked to kiss boys and push boundaries, so I didn’t think I’d be believed. But in my heart, I know that’s not the whole story. There just wasn’t enough information out there for me. There were headline news stories about campus rape here and there,but those were reserved for cut-and-dried sexual assault cases with grisly details, like the one Rolling Stone‘s Sabrina Rubin Erdely chose to profile after contacting the University of Virginia’s rape crisis center. Because I couldn’t even find information about how to deal with my rape, it was easier to just not deal with it at all.

That’s really the big issue, which was highlighted for me more than ever with the Rolling Stone debacle. In the 10 years since I was raped, society has failed to advance in terms of how we talk about rape. Yes, we’ve put rape culture on a big pedestal with reporters, legislators, and even the President discussing it, but at the end of the day that’s little more than good journalistic business sense and keen political optics.

Rape culture is not the problem. The fact that we have no idea how to discuss rape is the problem. It’s not just Rolling Stone‘s fault for failing to adhere to journalistic standards. The fault lies with the media in general, which has struggled with reporting on rape for much longer than Erdely first picked up the phone and talked to Jackie.

Rape culture is not the problem. The fact that we have no idea how to discuss rape is the problem.

Let’s call a spade a spade: the majority of rapes that happen, by media standards, are incredibly mundane. Acquaintances and lovers with ambiguous boundaries of consent far outnumber brutal gang rapes like the one Jackie reported, during which she claimed one man yelled “Grab its motherfucking leg.” But the media doesn’t deem these rapes worthy of coverage. The end result is there’s a lack of information about what women should do if their rapes are, for lack of a better term, boring. So they just end up not reporting them.

Perhaps I’m putting too much faith in the institution of journalism, but I view journalists as leading the charge in the conversations that mold and shape our society. Societies deal with rape culture, but humans deal with rape, an obvious fact that I feel like Rolling Stone forgot when working on the UVA story.  Big, breathless articles about fixing rape culture are all well and good. But when journalists focus solely on the headline-grabbing stories that fit a larger narrative, all they are doing is allowing individual humans within society to feel distanced from the issue, because their own experiences don’t measure up in ways that move the needle.

By focusing on attention-grabbing headlines over journalistic accuracy, Rolling Stone has made it easy for young college students to dismiss such stories about rape as unrelated to anything that might come up in their own lives. We read these stories and think something like that could never happen to us, and if that’s the case, why would we research it? Why would we go to extra steps to educate ourselves on rape? And where can we go, who can we turn to if it happens to us, but it doesn’t look like it did in the newspapers and magazines?

Since the uproar over the UVA story started last fall, I’ve kept asking myself, “When did the Rolling Stone story stop being about rape?” But the problem is, it just never was.