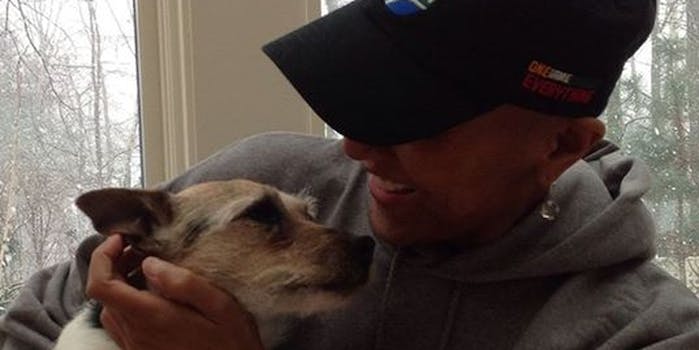 Roberts has plenty to celebrate on the anniversary of her 100-day bone marrow transplant milestone.

Exactly one year and 100 days after her bone marrow transplant, Roberts posted a photograph of herself with her dog KJ and took the time to thank everyone who helped her through the past year. Along with mentioning her sister Sally-Ann, who was her donor, she also mentioned her longtime girlfriend.

“I am grateful for my entire family, my longtime girlfriend, Amber, and friends as we prepare to celebrate a glorious new year together,” Roberts wrote.

Roberts had been open about her health issues since she was diagnosed with breast cancer in 2007 (and later myelodysplastic syndrome in 2012), but didn’t talk about aspects of her private life.

Roberts’s girlfriend of 10 years has been identified as Amber Laign, a San Francisco-area massage therapist.

Like Olympic diver Tom Daley, Roberts came out by mentioning her same-sex partner by name rather than putting a label to her sexuality.

ABC News released a statement shortly after her post went live and showed their full support for the anchor.

“We love Robin and Amber, who we have all known for a long time. We were so touched by Robin’s Facebook message today and so thankful for all the loving support she has in her life.”