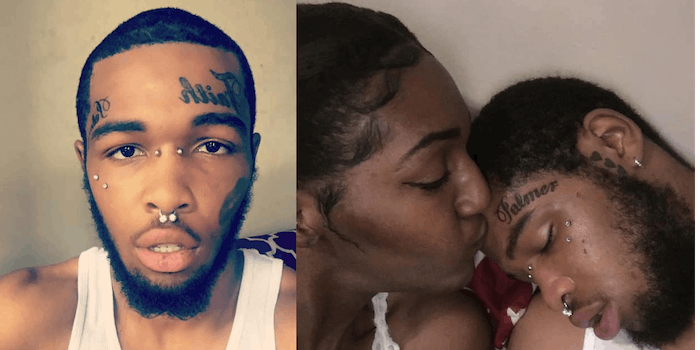 A Philadelphia, Pennsylvania, man who was once bullied on camera for being in a relationship with a trans woman has committed suicide, and reports say the bullying played a role in his mental health struggles.

The man, identified as 20-year-old Maurice Willoughby by the Advocate, was also known as “Reese Him Daddie.”

While it’s not clear how long before his death the video was taken, Willoughby shared the video on his Facebook in February and then again in June. The clip shows numerous people recording on their own phone cameras as they antagonize Willoughby, who defends himself.

“You fuck what?” asks the person shooting the video.

“I fuck tranny so what,” Willoughby says.

A source close to Willoughby told Aazios.com said he often faced a lot of harassment.

“He was getting picked on and joked on all the time,” a friend reportedly told the online publication on condition of anonymity. “Where we are from, if you like trans woman, and you black, the streets will talk about you, fight you, even try to kill you.  He was dealing with a lot.”

On his Facebook account, Willoughby often wrote about his mental health struggles and his loving relationship with his trans partner, Faith Palmer.

He also had “Faith” tattooed on the left side of his forehead, according to his photos on social media.

On Tuesday, Palmer shared a loving tribute to Willoughby. “All he wanted was for us to win as we battled all his mental demons but I got left being the only one tryin to get help cause he gave up hope as my friends and family and his grandma tried to help and keep me alive while I tried to save him before this point,” Palmer wrote. (Palmer did not immediately respond to the Daily Dot’s request for comment.)

Activist and journalist Ashlee Marie Preston shared the video on Twitter and commented on the dangers people face in dating trans people.

“When a man is confident & secure enough to openly love a trans woman; this is the bullying and harassment he gets,” Preston wrote in the tweet. “When trans attracted men kill us; it’s out of fear that this will happen to them if they are outed. Reese didn’t kill his girlfriend; he killed himself instead.”

People responded to express their anger over the bullying and transphobia, honoring Willoughby with the hashtag #RIPReese.

What’s sad is that some of the guys who recorded him are probably down low themselves…..

I believe you can hear the trans woman in the background saying, “He doesn’t suck d*ck…he doesn’t get f*cked in the a**.”Even if he did; his masculinity or manhood isn’t up for policing. The toxicity of fragile masculinity is sooo exhausting. There should be early intervention.

We are heartbroken to hear about what’s happened to Reese. Nobody should be shamed for who they love. We stand against abuse and discrimination in all its forms. #RestInPower #RIPReese https://t.co/V2HF1HiO1O

Many pointed to the high rates of violence against trans women, especially Black trans women. Within the first seven months of the year, 12 Black trans women have been murdered, raising alarms among advocates and politicians.

Transphobia kills. Literally. Trans women are always at the tipping point of violence, it’s where we exist, the men that love us are either in the cross hairs of that violence or internalize it and enact it themselves. Kill your transphobia before it kills us. #ripreese

Commenters also called for #BlackLivesMatter to include queer and trans people.

no but for real, some dudes be like #BlackLivesMatter but when one of their homies starts messing with a trans woman they switch up. straight men, especially Black straight men NEED to do better. y’all be soo busy being insecure to remember that love is indeed, LOVE. #ripreese