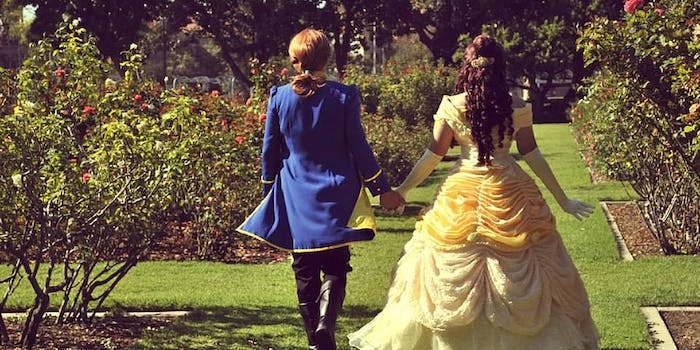 This man has perfected the Disney-princess transformation

Dude is a wiz with makeup.

Richard Schaefer has an incredible talent. Using just a little bit of blush, glue sticks, and probably pixie dust, the 21-year-old from Orange County, California, can transform himself into a Disney princess.

In a video application to the Cinema Makeup School’s Next Level Cosplay scholarship, Shaefer says that he has being doing his makeup for two years and is completely self-taught.

His transformations are documented on his Instagram page, which has over 83,000 followers. He as a Facebook page, RAS Designs, where he also documents his creations, and an Etsy page, where he describes himself as a “a costume designer, illustrator, and part time merman!”

Despite his obvious talent, Schaefer did not win the scholarship. On June 1, the Cinema Makeup School announced Julia Melnik, who transformed herself into a White Walker from the series Game of Thrones, as the winner.

Lee Joyner, director of admissions for the Cinema Makeup School, told the Daily Dot in an email that competition was steep and that officials had a difficult time making their decision. “[Schaefer] does a really nice job with his beauty and corrective makeup and has a strong grasp of blending and contouring,” she said. “We hope that Richard will apply for our scholarship next year again.”

Schaefer did not immediately return requests for comment, but he told the Daily Mail that he used to be bullied for his looks, saying:

“Being a princess definitely helped me to become a more confident person. Not only do I feel beautiful as a princess, but I feel even more beautiful when I’m just myself, the ball gown is just an added bonus. I often receive rude comments, but I’m quick to shut them down by turning their comment into a joke. I’m sure of myself and who I am, so I never take someone else’s opinion to heart.”