Gawking at the lives of rich people is a long-held tradition of the non-rich, and Instagram has made it easier than ever to watch as privileged teens buy watches, drink champagne on yachts, and fly in private jets while the rest of us try to seize the means of production. Now there’s an app exclusively for rich people, and you have to pay 1,000 Euro to use it. And it’s really boring.

Rich Kids functions a lot like Instagram, though every image is accompanied by a gilded frame, much like on the official Rich Kids of Instagram account. But while any ol’ pleeb can sign up through Facebook and follow whomever they want, you have to pay to post. According to the company, this solves the problem that apparently exists around the rich kids of Instagram: Are they even rich? “Anyone can use #rkoi or #richkids hashtag on Instagram or pose next to a luxury car on a parking lot. But not on Rich Kids,” the company told Elite Traveler. 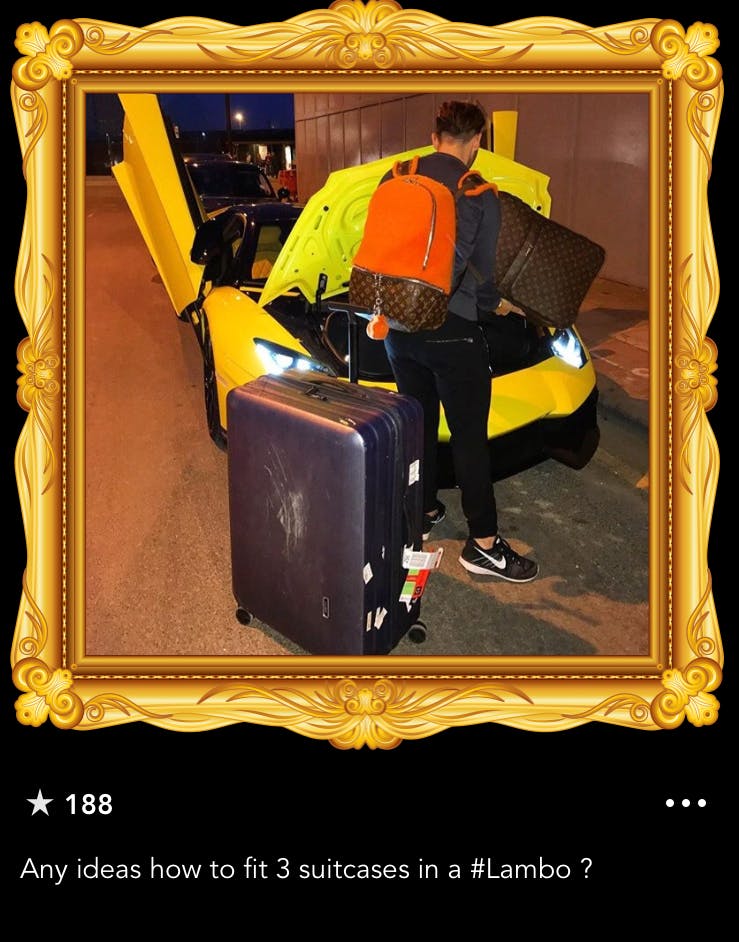 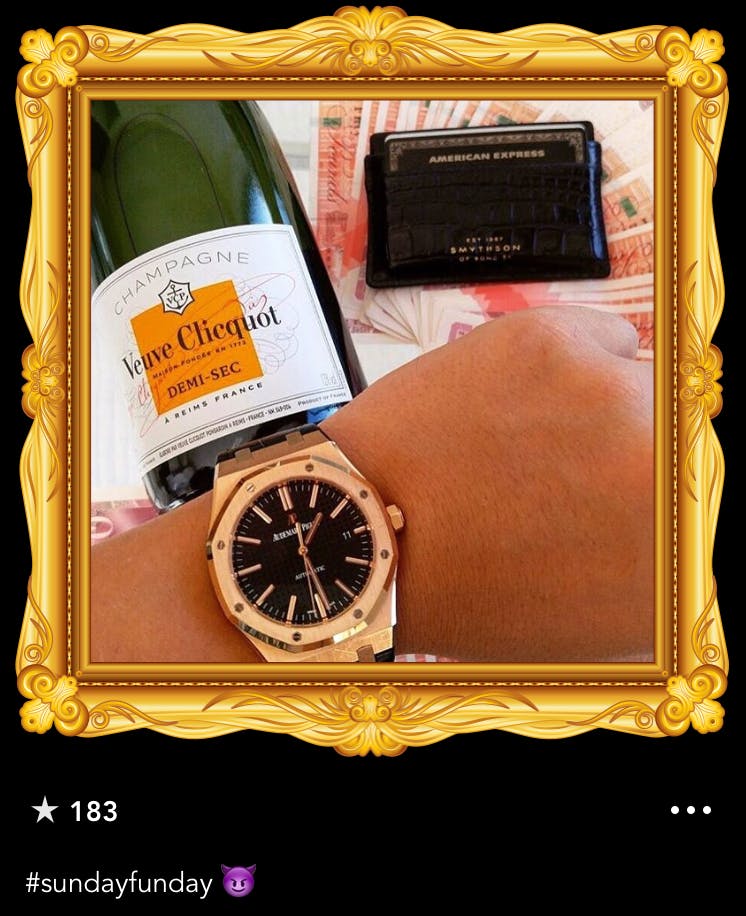 As for why anyone would sign up for Rich Kids when there are plenty of free social networking apps available, Rich Kids says it provides exclusivity and the ability to only find other rich people. Also, it gives a third of its membership to charity, which is nice.

The Daily Dot has reached out to Rich Kids about its usership, but it hasn’t heard back as of this posting. The app does have some high-profile users, like Rodrigo Alves, aka the “Human Ken Doll,” and Julia Stakhiva, who famously didn’t realize not everybody could live her lifestyle until she got to college.

However, despite its claims that only the elite can become members (its tagline is “If it’s too much for you, it’s not for you”), that’s not really true. 1,000 Euro is an absurd amount to spend on a photo sharing app, but technically, you don’t have to be a millionaire heiress to do so. You can be a middle-class person with 1,000 Euro in savings and really questionable spending habits.

And also, does anyone care if the rich kids of Instagram are actually as rich as they appear to be? I don’t care if you snuck into a mansion to take that selfie, or if that designer gown came from Rent the Runway. The appeal of rich kids of Instagram isn’t their bank accounts (unless they screenshot them), it’s the lifestyle. I just want photos of teens sipping champagne on private jets.

Anyway, this app definitely offers the opportunity for everyone to pay a one-time, exorbitant fee and then flood the app with photos of their 1994 Toyotas. A troll’s dream.