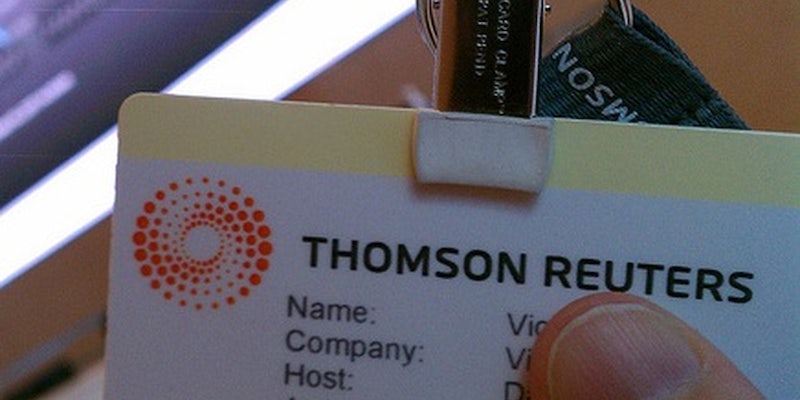 When a key Reuters Twitter account became a target for hackers, it underlined the high-profile attention that attacking news outlets brings.

The @ReutersTech account was hijacked Sunday, with a number of tweets related to the ongoing Syria struggle appearing amid other bogus news. The account’s handle was changed to @ReutersME, with the tweets largely focused on “news” in the Middle East.

While a Reuters spokesperson claimed Sunday that the account was suspended, it was live as of 1pm ET Monday, with the bogus tweets still viewable.

It’s the latest in a string of attacks against prominent news organizations, and the second Reuters hack within two days, after a blog on the outlet’s website was illegitimately accessed Friday. Several Syria-related posts appeared on a blog platform which had apparent security issues.

Al Jazeera lost access to one of its Twitter accounts for a spell last month, and the Facebook page of Saudi television network Al Arabiya was hijacked in March. Meanwhile, hackers worked their way into LinkedIn’s official blog in April.

Whether hackers intend to promote a cause or are carrying out attacks for fun, news outlet websites and social media accounts are high-profile targets, because a successful hijack inevitably brings a great deal of press coverage.

The Reuters hijack received widespread attention, which simply serves to provide the hackers with further motivation to gain access to news outlets’ Twitter accounts as they know their messages will be propagated beyond the Twitter community.