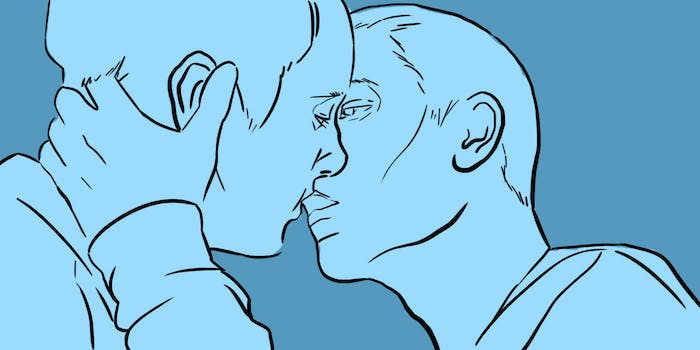 It was the world's largest site for male sex workers.

The U.S. Attorney’s office has dismissed all charges against six Rentboy employees, it was revealed yesterday. Prior to a federal raid in August, Rentboy.com was the world’s largest advertising site for male sex workers.

The Attorney’s office did not shed further light on its decision to drop charges. According to the New York Times:

A spokeswoman for Robert L. Capers, the United States attorney for the Eastern District of New York, declined to comment on the dismissals. The charges were dismissed without prejudice, meaning that they could later be refiled.

Last month, Jeffrey Hurant, founder and CEO of Rentboy, was indicted by a grand jury on counts of promoting prostitution and money laundering. Last week, Hurant pled not guilty to the charges.

Rentboy’s troubles started last summer when federal law enforcement suddenly raided its New York City offices, arrested seven employees, and seized his bank accounts. It was a move that shocked the gay community and led to protests, with people asking why the feds had zeroed in on Rentboy after it had operated since 1997 without any legal trouble.

After the raid, the LGBT community rallied alongside sex workers’ rights activists to decry the charges. The Transgender Law Center, the Free Speech Coalition, Human Rights Watch, the National LGBTQ Task Force, and the National Center for Lesbian Rights were just some of the organizations that issued public statements in opposition to the Rentboy raid.

In an August interview with the Daily Dot, several escorts who used Rentboy to advertise spoke about the strange juxtaposition of the raid just after the Supreme Court legalized same-sex marriage that June. “I think this has a lot to do with homophobia and pink-washing,” a former Rentboy user named Israel told the Daily Dot. “Like, there’s a particular way to be gay that’s OK. You can get married and act straight and that’s fine, but you can’t be an escort. It has a lot to do with respectability politics. It’s trying to scare people out of taking control of their sexualities.”

According to the state’s complaint against Rentboy, which heavily quotes investigators from the Department of Homeland Security, Hurant and the six employees were accused of using interstate commerce to promote prostitution. It’s one of the more colorful legal documents to ever pass through the chambers, with a list of defined terms explaining scat, watersports, and diaper play.

As of Thursday, a fundraiser to cover Hurant’s legal costs was still online. The fundraiser, complete with a letter of introduction written by Hurant’s father, set a goal of over a million dollars. As of today, it had received $36,017 in donations.

The Daily Dot reached out to Hurant and his attorney, Michael Tremonte, for comment but did not immediately receive a response.