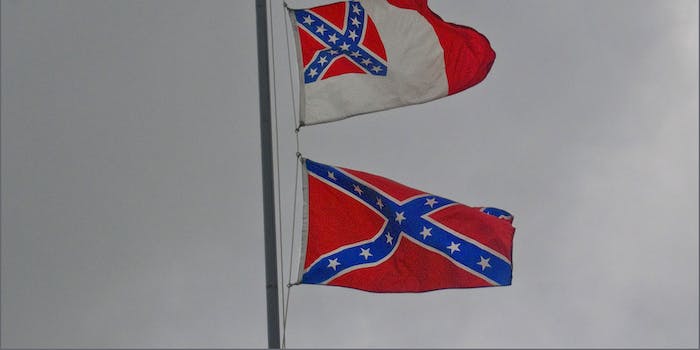 The New Orleans man admits to his racist past and tells white people to take some responsibility.

Sitting in the driver’s seat of his Ford F-150, Dixon D. White looks like your stereotypical southern redneck. The New Orleans resident is overweight, eats too much pork, swares profusely, loves God and guns, and has a drawl as thick as fog on the bayou. But the ideas he shares on his YouTube channel are the antithesis of what his appearance might imply.

His first video on April 4th entitled “I’m a redneck and I love America” has 28,000 views, and it’s not because it’s a crazy rant about bald eagles and waving the flag.

“For many years, I was a racist,” he begins. “And I didn’t like blacks and I used to call them the n-word and whatnot…White people are racist. Not all of ‘em. But white culture is.”

White goes on to call himself an “ex-racist,” but still a redneck, and one who is asking his fellow white people to “stop being lazy” and “take some fuckin’ responsibility.”

It’s clear from the look on his face that his former attitude toward black people causes him embarrassment and real anguish. With his eyes shut nearly the whole time, he implores people to “see color” and “think outside the white box.”

White has posted three more videos since the original one on April 4. Each subsequent post reinforces his message that change is imperative when it comes to race relations. One video is even called “‘A change gonna come’ A Call to White America.”

In his most recent video, “White Supremacy and the Bass Pro Shop,” White shares an encounter he had at a gun store with a racist employee. Instead of letting slide her comment—that black people shouldn’t be allowed to buy guns—he took the matter to her manager and to Bass Pro corporate.

The comments on White’s videos have been overwhelmingly positive, with users voicing their support for his efforts. On his Facebook page, he explained the experiences that lead him to develop this evolved view of the world.

A redneck star is born.