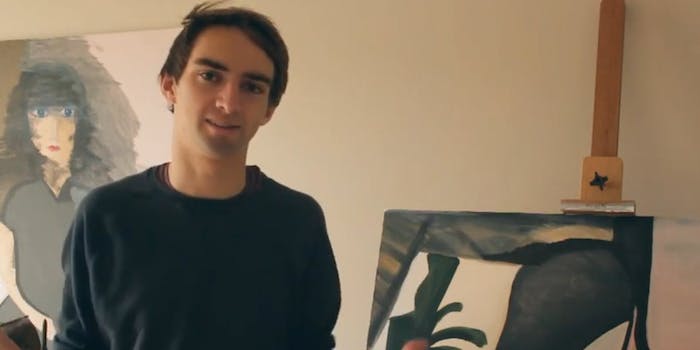 One of Reddit's most beloved novelty accounts explains his growth in the medium in eight simple steps.

Even elite athletes start out shitty at a new activity. It’s through practice, dedication, and learning from the masters that we get better.

Shitty_Watercolour, perhaps Reddit‘s most beloved illustrator, has turned comments, photos, and famous artworks into adorably messy paintings since February 2012. He’s gotten better at his style of charming artwork since then, and attributes his development to eight steps.

The modest Brit, who revealed himself for the first time last October, shared his wisdom in a YouTube video that’s sitting near the top of Reddit’s r/videos section.

It takes Shitty_Watercolour around 20 minutes to finish each painting, he told the Daily Dot last year. Judging by the stacks of practice paper he dumped in front of his camera, he’s certainly stuck by his mantra of patience.