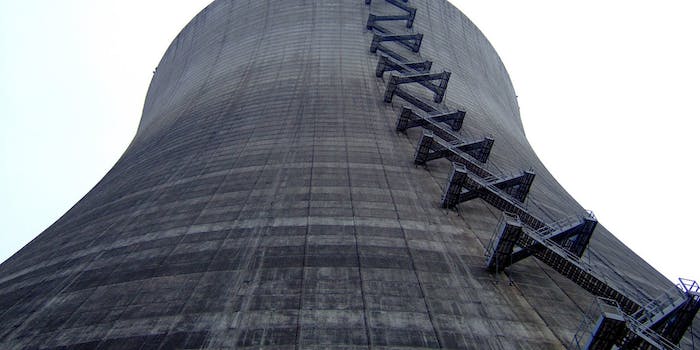 Reports of a nuclear catastrophe have been greatly exaggerated

Is the EPA invovled in a nuclear cover up? Hardly.

There have been hints of a nuclear catastrophe and cover up in America’s heartland all day on Reddit. Military vehicles seen on the roads, helicopters dotting the skies, radiation counters buzzing at unheard of levels.

But we’ve actually spoken to the Environmental Protection Agency. It’s all just an error—and a case of citizen-journalism gone awry.

Redditor OCDTrigger cried wolf after reports surfaced that a radiation monitoring station near the border of Indiana and Michigan had registered radiation levels as high as 7,139 counts per minutes (CPM), a reading that’s over 1000 times higher than a normal radiation level found on a Geiger detector.

“I think there is a giant (nuclear) coverup afoot,” the redditor posted to r/politics, reporting that Digital Journal had made note of “insanely elevated radiation levels” between the hours of 11 p.m. and 8 a.m. Central Standard Time.

The redditor spoke with members of the Nuclear Regulatory Commission and the Hazmat response captain for the Indiana State Police (but reported no discoveries made through those conversations). He later noted that the Environmental Protection Agency, which monitors radiation from ten designated spots around the country, “changed their story fundamentally” and declared the readings a false alarm.

OCDTrigger mentioned of a number of other quirky instances that had occurred within the greater Indiana/Michigan area, which he or she believed had something to do with skyrocketing radiation counts. The final conclusion: A government conspiracy fix was afoot, and the EPA did not want the people to know that there was an extreme abundance of radiation surfacing in the area.

But throughout the accusations, OCDTrigger forgot to check the source.

Francisco Arcaute, who works in the press office of the EPA’s Chicago division, told the Daily Dot this afternoon that the EPA’s monitors continue to see “natural/normal background.”

“This is a ‘false alarm,'” he confirmed, adding that the Daily Journal, the source used by OCDTrigger, was not using EPA data when it reported elevated levels of radiation.

Instead, the Daily Journal took its data from radiationnetwork.com and attributed those facts to “RadNet.” That site, Arcaute said, posted a “‘False Alert’ at 8 am this morning saying that it was, in fact, from equipment malfunction.”

That site is owned and operated by Tim Flanegin, who runs a company called Mineralab, which sells Geiger counters, the type of counter that reported the high radiation count.
Flanegin updated his site this at 8 a.m. this morning, writing that he had “no idea” what caused it.

“Shut down GeigerGraph and restarted. Readings from the Geiger were in the normal range. All cable connections are tight and not loose. Am speculating between the GFI and USB Adapter and some sort of voltage spikes.The uninterruptible power supply UPS had lost power and had died – tripped GFI. I am not going to leave the system running while not at home until I can determine and fix the problem.”

Back on Reddit, many tried to debunk OCDTrigger’s rampant speculation.

“I just asked a friend, who lives in South Bend [Indiana] and works in a place where she is required to measure background radiation levels each morning, if there was anything unusual in monitoring today,” Roentgenator wrote. “She said background checks were normal.”

“We called the Environmental Protection Agency and the Nuclear Regulatory Commission,” added South Bend native sixvoltsystem. “People there told us there’s no indication from their inspectors that there has been a radiation release. Nothing appears out of the ordinary.”

OCDTrigger has since gone on the defensive: “The top comments in the other thread where I was supposedly ‘proven wrong, it was just a SINGLE malfunctioning sensor’ were posted prior to any updates.”

But reports from everybody with a Geiger counter throughout the country are turning up normal, and nobody in Indiana’s claimed to have grown a third arm.

It’s just a case of one redditor, in this case OCDTrigger, getting a little too trigger happy with the concept of citizen journalism.