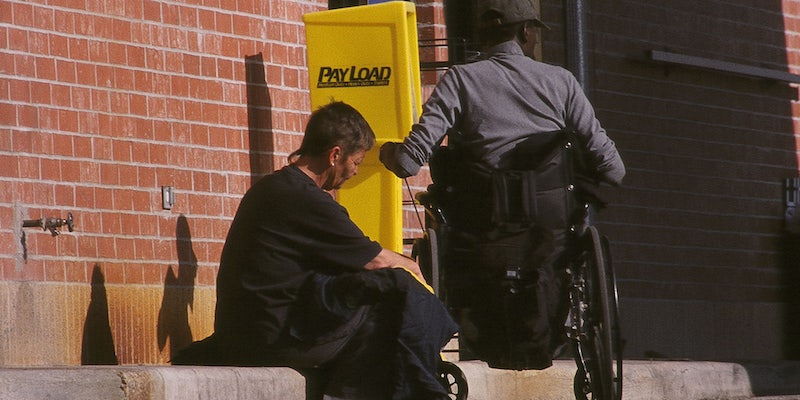 He offered Linux lessons for food. Reddit gave him that and something more.

Most people willing to give to the homeless usually write a check to a charity group or give a few bucks to a man or woman they pass on the street.

Reddit, on the other hand, gave one homeless man in Baltimore a little bit more: a Nexus S smartphone.

On Jan. 27, redditor democritus2 discussed his plight with r/baltimore, offering Linux help in exchange for “blankets, food, or even money.” He wrote about how, despite having more than 15 years of professional experience and a wide range of computer skills, he fell on hard times. He was cut off from unemployment in December and forced to live in one of Baltimore’s many abandoned buildings.

“Right now almost all energy goes to getting what meager services I can from the city, not a lot of energy to do progressive things that will result in future fruits,” he wrote. “It is not as simple as just applying for a job at this point. I have suffered from disabling depression, I look like, quite frankly, a bum.”

People who saw the post flocked to help. Some offered condolences, while others offered hot food, care packages, and even a plane ticket to Florida.

Amid the the flurry of posts came this one: “I can offer you a Nexus S to use for internet connectivity. It’s small and you can find free wifi you can stay connected. PM me if interested. Hang in there man,” redditor DuMasWipee wrote.

Though democritus2 had limited computer time, he managed to squeeze out a thank you post to DuMasWipee for the amazing gift—one that can help he access services and make connections to improve his situation.

“This person made his way out of his car in traffic, across a line of smelly bums to give me this!” democritus2 wrote.

The generosity didn’t end there. Redditor smallteam informed democritus2 where he could get free airtime and data while several other redditors offered to contribute to a Google Wallet account to help pay for his various bills and fees.

The heartwarming story out of Baltimore is one of many examples that showcases Reddit’s positive power. In July 2013, redditors in r/RandomActsofPizza sent so many pizzas to a sick child that they had to be cut off. Redditors have also helped out their own by delivering life-saving medication to a Boston man during a blizzard and by offering shelter to those displaced by tornadoes in Moore, Okla.