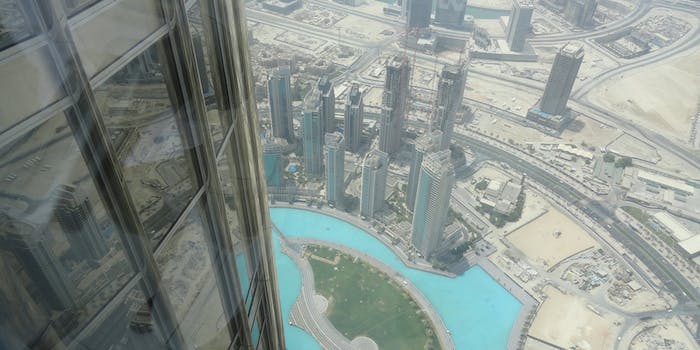 It’s one thing to scale the tallest skyscrapers on the planet, and quite another to jump off of them with the expectation of a safe landing.

But Soul Flyers World Champions Vince Reffet and Fred Fugen didn’t have a single fleeting moment of doubt when hurling themselves from the top of Dubai’s Burj Khalifa, the tallest building in the world. In fact, they could hardly wait.

The pair’s Guinness-record-breaking BASE jump, sponsored by Skydive Dubai, was as spectacular as they come, and three years in the making. You’ve got to admit, they make a 2,717-foot plunge look pretty darn fun—or at least more efficient than an elevator.

The real question for these dudes is: Where to go from here? They’d better hope that Saudi Arabia manages to complete Kingdom Tower, projected to overtake the Burj Khalifa in height. It may not be a mile tall, as originally envisioned, but 3,281 feet is nothing to sneeze at. What self-respecting adrenaline junkie wouldn’t want those extra few seconds of free-fall?