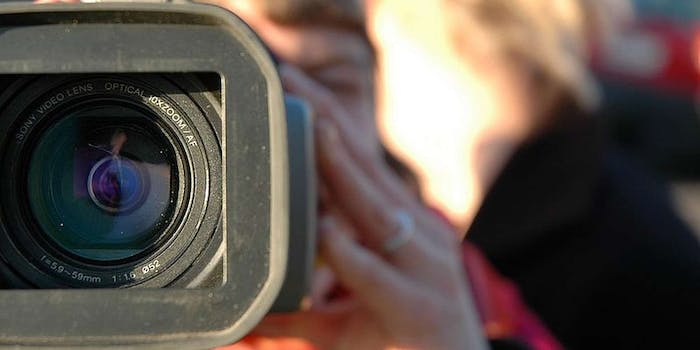 All together now: It’s totally legal to film the cops

When he’s not running to unseat New York Governor Andrew Cuomo (D) in an upcoming Democratic primary, Randy Credico is a stand-up comedian. But what happened to him earlier this week is no laughing matter: Credico says he was arrested by members of the New York Police Department for using his smartphone to videotape their actions.

Credico’s arrest comes at a time when, as a result of the events unfolding in Ferguson, Mo., the nation is focused the issues surrounding the ability of citizens to hold their law enforcement officials accountable.

To further complicate matters, days before Credico’s arrest, the NYPD released official internal guidelines stating that it is perfectly legal for citizens to record police officers in the line of duty.

Credico said that, on Wednesday, he was at a subway stop in the Bronx on his way to an interview in Westchester, a well-heeled suburb just north of the city. While he never made it to the interview, he did manage to give an interview to the host of a radio call-in show from a NYPD holding cell.

“When I get off the train … there’s three guys who do not have badges, hovering over one guy—an old black man,” Credico told WGDJ-AM’s Live from the State Capitol with Fred Dicker. “So I just, out of curiosity, started filming it.”

‟So the guy got right into my face and say I had to move back,” Credicio continued. ‟I said, ‘Well, what’s this all—’ and the the next thing you know I was arrested.”

The New York Daily News reports that police tell a different version of events. They insist that, as they were talking to a man they saw illegally moving between subway cars, a visibly drunk Credico yelled insults and pointed an umbrella in one of the officer’s faces.

‟Are you going to put that black man in a fucking chokehold,” Credico told the cops, according to unnamed source who spoke to the Daily News. “You probably have a small dick.”

Credico is being charged with resisting arrest, obstructing government administration, disorderly conduct and menacing a police officer (with an umbrella).

Credico’s alleged ‟chokehold” comment was in reference to Eric Garner, a 43-year-old African American man who recently died while being restrained in a chokehold by an NYPD officer.

The issue of when and where it is acceptable to film cops has been highlighted this week by the detention of a pair of journalists by police in Ferguson. As long as the photographer isn’t breaking any other laws, it is completely legal in all 50 states for citizens to film police officers.

However, since police officers have a great deal of discretion in their ability to detain, or even just threaten, nearby shutterbugs with arrest, the right to film cops isn’t as universal in practice as it is in theory.

Officer literally just asked me if I want to get shot (for taking a photo of all things…) No thanks for asking, I’ll pass. #Ferguson

The Daily News reports that, a few days before Credico’s arrest, the NYPD brass circulated a memo to all of the force’s police commanders reminding them of the public’s right to videotape them on the job, unless that taping interferes with police operations.

“Members of the public are legally allowed to record police interactions,” the memo reads. “Intentional interference such as blocking or obstructing cameras or ordering the person to cease constitutes censorship and also violates the First Amendment.”

Credico has long been an advocate for the people’s right of record law enforcement. As the former director of the William Moses Kunstler Fund for Racial Justice, Credico helped admister a program giving Harlem residents video cameras for the purpose of documenting police using excessive force while making drug arrests.

Credico, who is widely considered an extreme long-shot in New York’s gubanatorial race, will be facing off against Gov. Cuomo and Fordham Law professor Zephyr Teachout in the state’s Democratic primary early next month.