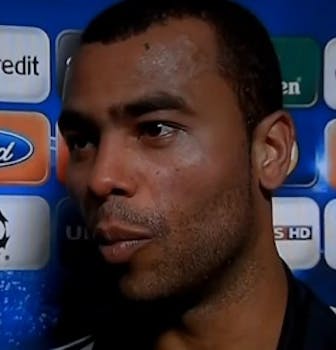 A Twitter user who directed racial slurs at England players Ashley Cole and Ashley Young is under investigation by London's Metropolitan Police.

After England were sent crashing out of the 2012 UEFA European Football Championship, at least one tweeter singled out players for abuse.

Ashley Cole and Ashley Young, both of whom are black, missed penalty kicks against Italy in England’s quarter-final loss to Italy in the soccer tournament. Afterwards, the pair was allegedly attacked on Twitter by a user who insulted them with racially-driven comments.

The user in question is allegedly @Lapwnage, who appears to have deleted his account. Police in England are investigating the matter with regard to possible offenses under the Public Order Act.

Social media search engine Topsy has indexed some of that user’s tweets:

“yeah I said it, ASHLEY YOUNG AND ASHLEY COLE ARE BOTH WORTHLESS N****** AND SHOULD BE DEPORTED TO AFRICA, come do something bout it”

The owner of the account taunted the police, claiming that he lives in the U.S. and so was immune from investigation by police in the U.K. He went on to attack other Twitter users using racist language and still claimed that he is not a racist.

As in the Liam Stacey case, tweeters reported Lapwnage to police in the U.K., and the Twitter account for West Midlands Police warned him that his tweets may have constituted a public order offense.

Metropolitan Police confirmed to the BBC that they were investigating alleged racist tweets posted by a user allegedly based in London. Meanwhile, a spokesperson said the English Football Association gave its full support to police looking into the matter.

The abuse follows on from a number of other high-profile racist attacks on Twitter, including one this week that led to an English-Indian actress quitting Twitter.