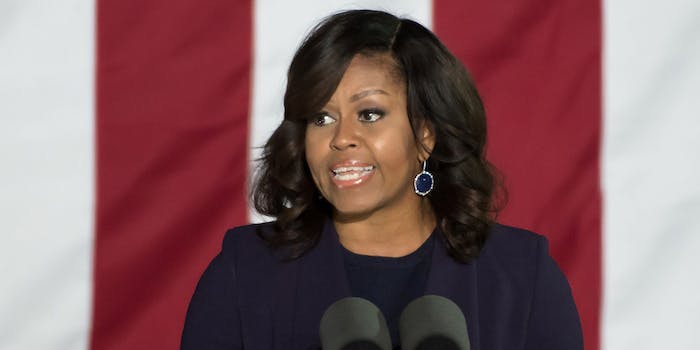 No, your comment was not taken out of context.

Another day, another person saying something racist on Facebook who thinks nobody will call them out for it. Or maybe this time, it’s that she’s convinced she’s not being racist, even though she said Michelle Obama had a “monkey face.”

The Daily News reports that Colorado doctor Michelle Herren commented on a photo of the First Lady, “Monkey face and poor ebonic English!!! There! I feel better and am still not racist!!! Just calling it like it is!” Later, she told Denver 7 that she didn’t know “monkey face” was a racist description and used that ol’ standby of her comments being taken “out of context.”

A little lesson for any potential Facebook posters who are in danger of making the news for something like this: If you post a public comment and are quoted in full with an accompanying description of the thing you were commenting on, that is keeping what you said in context. And comparing black people to monkeys has been racist since at least 1570.