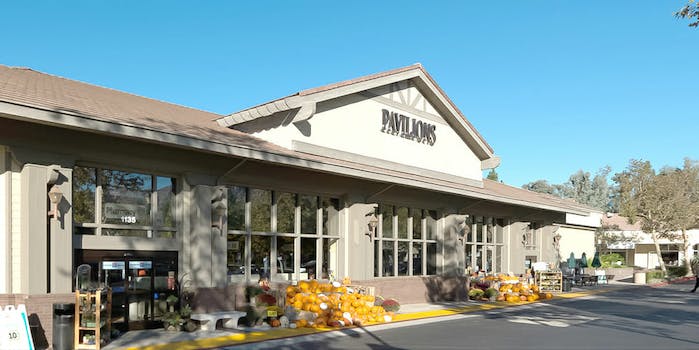 She says she was just quietly sitting there studying.

A Black woman who was sitting outside of a West Hollywood, California, grocery store is unharmed after witnesses stepped in to stop an allegedly drunk man yelling racist slurs from assaulting her with a metal rod.

Angela Jefferson was quietly studying and listening to music outside a Pavillions early Tuesday afternoon when an unidentified, seemingly drunk man who was sitting at a nearby table began yelling at her, according to CBSLA. “He was calling me the N-word… He was calling me the B-word,” Jefferson told the station. When she asked him to stop, he became angrier, smashing the belongings on her table with a metal rod and throwing a chair at her.

Bystanders in and outside of the store heard the commotion. Dulcinea Circelli, who was eating inside when the altercation started, said she came outside and began recording when she saw the man call Jefferson the N-word and try to hit her in the head with the metal rod. The video Circelli took shows another man physically putting himself between Jefferson and her attacker, while a security guard watches from several feet away. The bystander can be heard scolding the man for his behavior saying, “You need to go, or we’re going to call the fucking cops and have them remove you… You almost hit her. Do you realize that? You’re sitting here calling people n*****s and bitches, and you’re throwing chairs and shit.”

When white people attack! Don't think I won't record you and shame you. For licensing or usage info, contact: licensing@viralhog.com

This enrages the man even further, and he begins yelling and swinging the rod at the man who intervened. The good samaritan stays calm throughout the altercation, while the man yells at the security guard, “Tell this guy to get away from me!” The security guard’s response is not audible, but he appears to shrug at the man’s request.

“It was just so scary and just the fact that he was expecting the security guard to back him up when he was armed and attacking two people with metal rods,” Circelli said to CBSLA.

The man left before officers arrived, and despite his attempted assault and destruction of property, authorities do not appear to be seeking him out for arrest. Police say that if the man returns, repeats the violent behavior, and is caught, then they will arrest him.