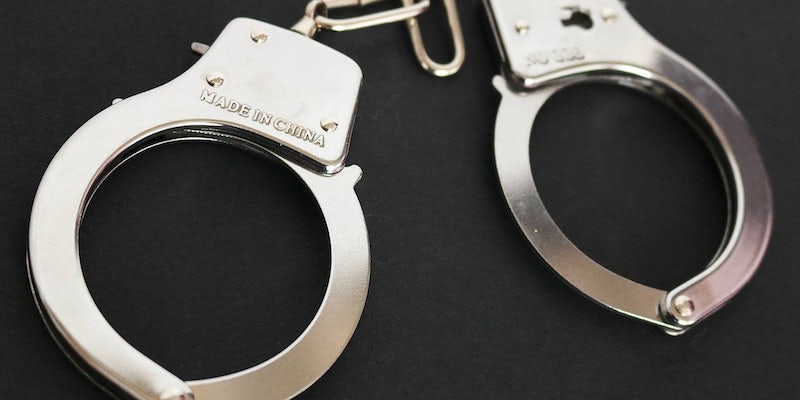 'I'm going to kill me one today,' he said about black people.

32-year-old James Scott Lee from Houston has been charged with a hate crime and aggravated assault with a deadly weapon after shouting the N-word while trying to stab a black man. Lee could face a maximum of life in prison if convicted.

According to Harris County prosecutors, Click 2 Houston reported, Lee was witnessed on Tuesday saying, “I hate n—–s, and I’m going to kill me one today,” while running around his apartment complex. That’s when he brandished a knife and attempted to stab a black man. Lee was also in possession of brass knuckles.

The victim was able to escape by getting into a car and locking the door.

According to Houston Chronicle, Lee is suspected of being a member of the Aryan Brotherhood of Texas prison gang, one of the largest and most violent white supremacist groups in the U.S. He’s also previously been convicted of domestic assault and violated a protective order.

In probable cause court on Wednesday, Lee denied making the racist statements and told the judge he was a U.S. Army general.

A court document stated that prosecutors think Lee is either mentally unstable or just racist (or perhaps both), but poses an imminent threat to public safety regardless. Because of the hate crime enhancement and Lee’s suspicion of membership of the white supremacist group, prosecutors requested he be held on $250,000 bail, more than eight times the normal bail for aggravated assault.