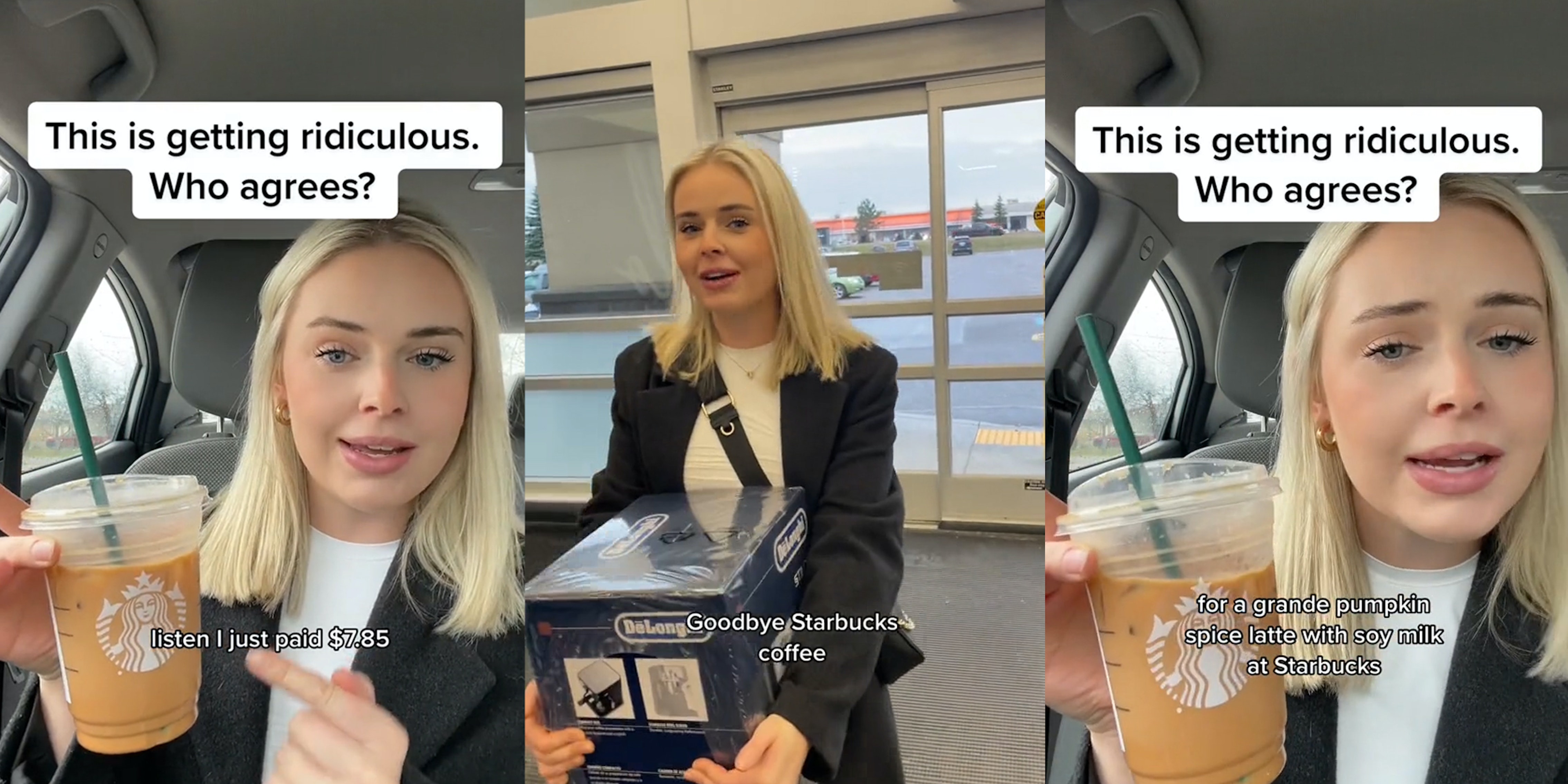 'I just dont get it why people buy starbucks? It's not even good coffee/'

Felicja says that the sting of paying $7.83 for the beverage hit especially hard after traveling overseas and seeing how far that amount of money would take her. Her remarks sparked a viral debate in the comments section. Despite the price, some folks said the beverages are tough to beat, while others stated they never “bought into the hype” of the popular coffee chain.

Her video has received over 1.1 million views as of Friday.

@mayafelicja Am i the only one? @starbucks @delonghiphils ♬ original sound – Maya Felicja

“Listen, I just paid $7.83 for a Grande Pumpkin Spice Latte with soy milk at Starbucks,” Felicja says, incredulous. “This is the last time I’m buying Starbucks. I literally cannot justify this anymore.”

After spending two weeks in Poland, the TikToker says she can’t help but compare the difference in costs.

“This is getting ridiculous,” she adds. “Just take a screenshot of this,” she poses with her apparent last Starbucks drink ever, “cause this is it. That’s it.”

The video then cuts to the TikToker at a department store picking up a DeLonghi espresso machine. She then processes the transaction and walks out of the store with the machine. “Thank you so much,” she says to the cashier.

“No more Starbucks coffee,” she says at the end of the clip before releasing a shout.

Despite having a strong currency at this moment when compared to other currencies worldwide, the United States has experienced some of its worst inflation this year than it has over the past 40 years. As a result slew of different fast-food franchises and businesses have experienced massive spikes in the cost of their goods and services across the board, frequently leading to irate customers.

Several viewers of Felicja’s post expressed shock that Starbucks is so successful, not only slamming the prices of the coffee chain but skewering its products as well.

“I just dont get it why people buy starbucks? Its not even good coffee,” one user said.

“Starbucks is so overrated,” another added.

Others predicted that Felicja would soon go back to purchasing ready-made beverages from the popular food chain.

“I give you less than a week and the coffee maker still in the box,” one user said.

“You know damn well she got starbucks the next morning,” another joked.

It turns out their predictions were correct, as Maya posted a follow-up video showing her at a Starbucks drive-thru just three days later. She says that while tries to make her own coffee, it doesn’t come out “as good.”

The Daily Dot has reached out to both Starbucks and Maya via email for further comment.