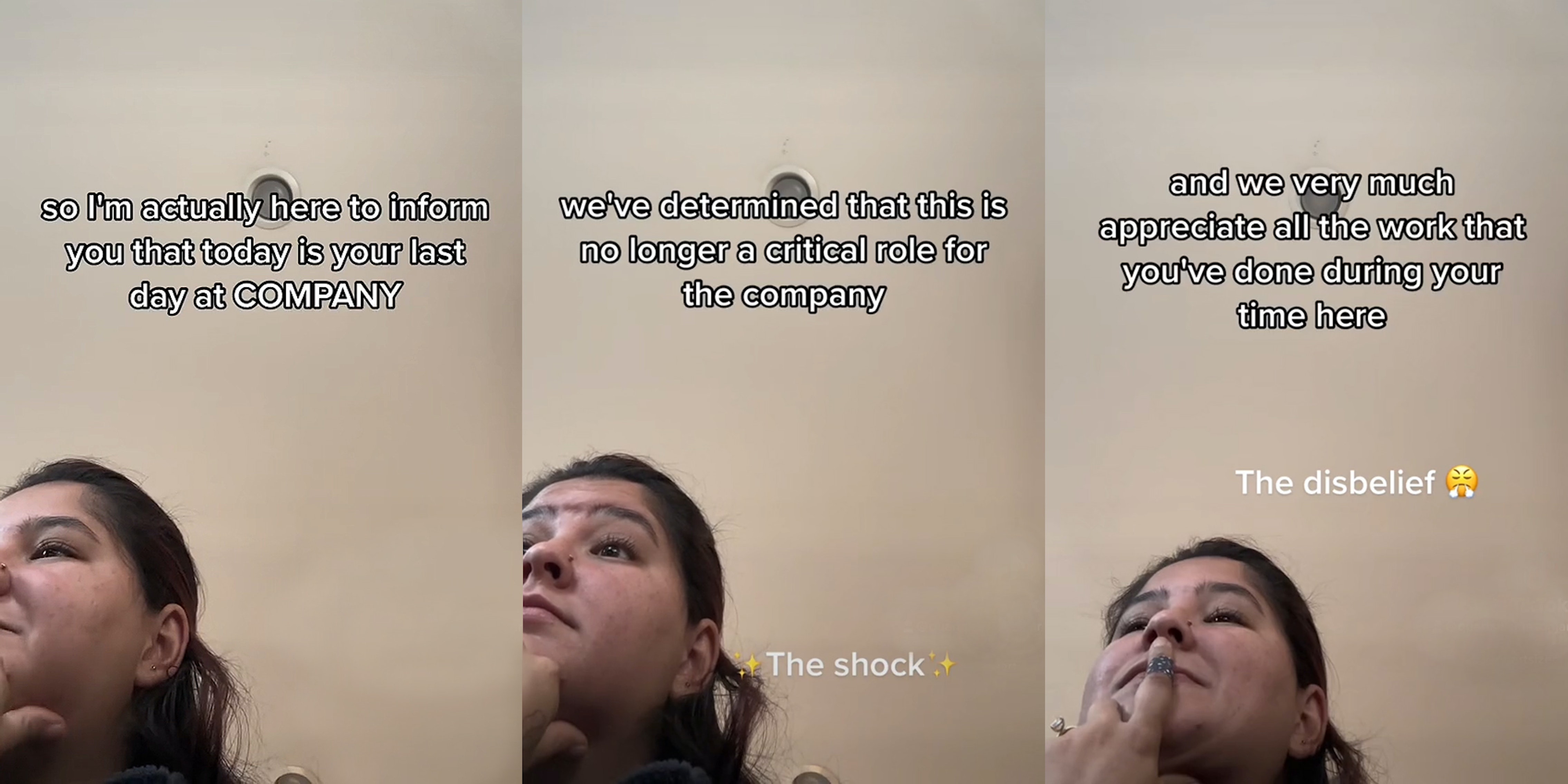 ‘Your employer is not your friend’: TikToker films ‘quickest layoff’

'The company will always come first and HR is not looking out for your interests.'

A TikToker’s frustration over the way she was fired from her job is resonating with others who have experienced similarly cold layoffs.

Ori (@quartsizemasonjar) said she had a “hunch” that something was going on when she was called into a Zoom meeting and realized both her manager and human resources were present, so she quietly turned on her phone camera to capture audio of the call.

Wasting no time whatsoever, the manager informed her that her position had been eliminated and that it would be her last day with the company.

“We very much appreciate all the work that you’ve done during your time here,” she said as if reading from a script. “Your accounts will be shut down during the meeting, and you will no longer have access to any [company]-owned systems.”

Without giving Ori a moment to respond, the manager said that she is dropping the call and letting HR take over.

The HR representative then offered to answer questions, showing a little more sympathy towards an employee who was obviously thrown and upset by the sudden loss of her job.

In honor of my severance check clearing – please enjoy the quickest layoff on the land. Fun fact, she was promoted a couple days later ✌🏽

Still, viewers were disgusted with how cold the manager seemed about the whole situation, despite a number of people expressing that they had experienced something similar themselves.

“I just had PTSD over this,” wrote @evaandotis. “I’m so sorry, getting laid off with no warning whatsoever is the worst.”

“She was so casual about it ? Like ?? And then immediately leaves after ??” @neekole5 pointed out, while @sydneycharlton7 wondered, “So why do we need to put in two weeks notice when people can get rid of a department at will.”

“This is why people need to learn to give NO loyalty to their place of employment, always do the bare minimum and never give notice if you quit,” suggested @crazyasstattoo.

“The one thing I made sure my now adult daughter understood before getting a job is that your employer is not your friend,” added @adulting_with_adhd. “The company will always come first and HR is not looking out for your interests.”

The Daily Dot has reached out to @quartsizemasonjar via TikTok comment.