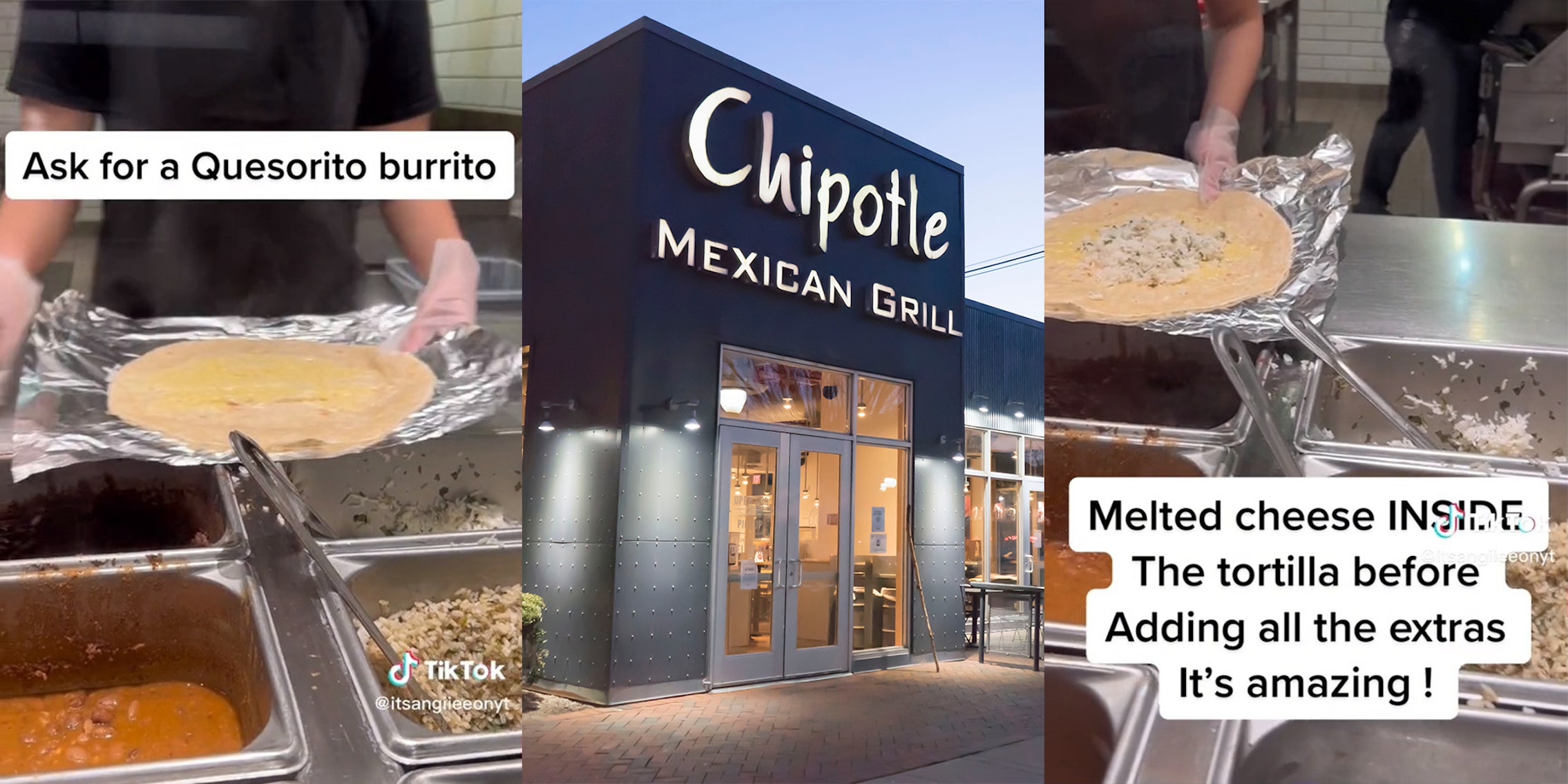 ‘I work at chipotle & we are not able to do this!’: Chipotle customer orders ‘quesorito burrito,’ says its on ‘secret menu’

A TikToker claims that there’s a “quesorito burrito” on Chipotle’s secret menu, and while the video about it is racking up views, it’s also bringing debate to the platform about whether it can be done and if there even really is a secret menu.

The creator, who identifies on TikTok as Angie, has gathered close to 900,000 views for the video as of Sunday. The short video, with deep-voiced narration, talks through the “quesorito burrito” offering while showing a Chipotle worker scooping white rice into a large tortilla that has first had melted cheese added.

The worker being filmed appears to ask the creator, “Are you recording?” early in the video.

“Chipotle secret menu item,” the narrator intones to start the video, before instructing the viewer to “ask for a quesorito burrito.” The video then notes, “Melted cheese inside the tortilla, before adding all the extras…it’s amazing.”

But is it possible? Some commenters, including those claiming to have Chipotle experience, provide differing answers.

“I work at Chipotle & we are not able to do this!” one remarked but expressed a wish to be able to do so.

“That’s old secret menu,” another stated. “They won’t do it unless it’s slow.”

Another, piggybacking on that sentiment, said, “I only ask if there’s no one there behind me – I’d feel too bad otherwise, lol.”

But at least one commenter maintained that the dream of getting a burrito pre-lined with melted cheese is possible, claiming, “My fiancé gets this everytime we go.”

Another commenter, nodding to the Philly cheesesteak quesadilla hack, noted, “We can’t even get veggies in a quesadilla. We aren’t getting this.”

But someone who appeared to be a Chipotle worker clarified via comment, “We don’t make those anymore, they were only for a limited time. But if you come in like an hour before closing we’ll probably do it.”

But is there really a secret menu available to savvy Chipotle customers?

One appeared to deflate the mythology, noting, “Just to let you know, most locations will not make anything that isn’t on the menu.”

And as one commenter observed, “I used to work at Chipotle and literally people would order off the ‘secret menu’ and no one, not even managers, would know what they were talking about.”

The Daily Dot has reached out to the TikToker via comment and Chipotle via an email to the company’s media relations department.