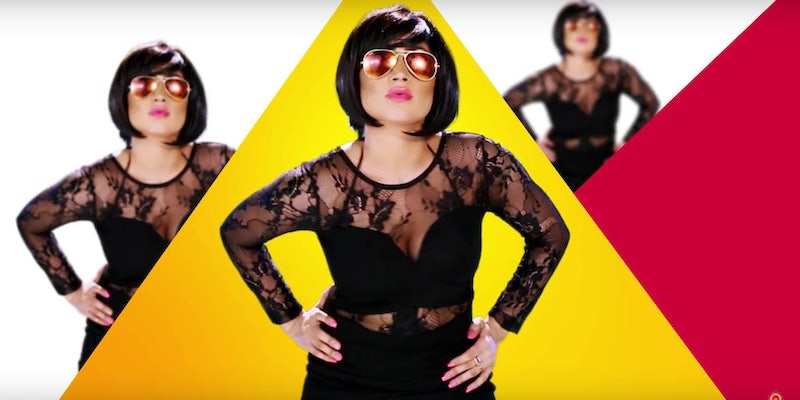 The 25-year-old was celebrated by Pakistani feminists.

Qandeel Baloch, a 25-year-old social media star from Pakistan, was killed by her brother in her family home, reported several news outlets on Saturday.

Baloch rose to prominence through the risqué and irreverent videos she posted on Facebook. She wore revealing clothing and discussed celebrity crushes, politics, and religion. Feminists in Pakistan hailed her as a hero, whereas conservatives reviled her and accused her of indecency.

CNN reported that Baloch was killed by her brother, who protested the type of photos and videos the star had been posting online. A look at Baloch’s Instagram profile reveals PG-13 poses typical of any social media starlet and many 20-something women; seductive shots displaying her cleavage or thong underwear. Baloch was at home with her family in the city of Multan, in the Pakistani province of Punjab.

She included selfies of outfits she wore for Eid al-Fitr, which Muslims celebrated on July 27, 2016.

Footage allegedly showing Baloch’s body following the grisly murder has surfaced online. Authorities have yet to confirm its authenticity. Additionally, Baloch’s personal website has been suspended.

In a conservative Muslim country where the picture of ideal womanhood toes the line between the sexualized but still G-rated Bollywood-inspired starlets of Pakistani cinema and chaste women in hijab, Baloch was an uneasy outlier. She was plus-size, she was unpredictable, she had as many fans and admirers as those who reviled her.

Baloch’s audition video on Pakistan Idol became one of her most widely-watched videos.

She promised to perform a strip dance in honor of Pakistan if they defeated India in the ICC World T20 cricket match. When they lost, Baloch still performed a strip tease, except it was in honor of the Indian cricket team.

In an effort to find out the true meaning of Islam, Baloch joined forces with senior clergy member Mufti Abdul Qavi. She posted selfies and video taken from her meetings with the religious leader on social media. As a result, Qavi was ousted from a religious committee in Pakistan known as Royat-e-Hilal Committee.

Many in Pakistan on social media mourned the loss of their unruly and spunky female icon. The #QandeelBaloch hashtag has reached global prominence, with celebrities and activists of all walks of life condemning the alleged “honor” killing.

#QandeelBaloch was a Pakistani woman and deserved the right to life. No ifs, no buts. Punjab government must hold murderer accountable.

#QandeelBaloch Your murder will not be ignored. Your voice not silenced. Your life and your beautiful mind, courage & freedom not in vain.

According to CNN, Baloch’s brother is currently on the run, and her parents were taken into custody.

Update 10:57am CT, July 17: Qandeel Baloch’s brother, Muhammad Waseem, has been arrested, and has given a statement to police about his actions, showing no remorse. He admits to drugging her before he strangled her to death, and planning the crime for some time. “After the videos with Mufti Abdul Qavi had gone viral on social media, I planned to murder her and was only waiting for the best moment,” he reportedly said at a press conference.

“Now everybody will remember me with honour that I have provided relief to my parents and brothers who were suffering for the last two decades because of her,” he added. “Girls are born only to stay at home and to bring honour to the family by following family traditions but Qandeel had never done that.”