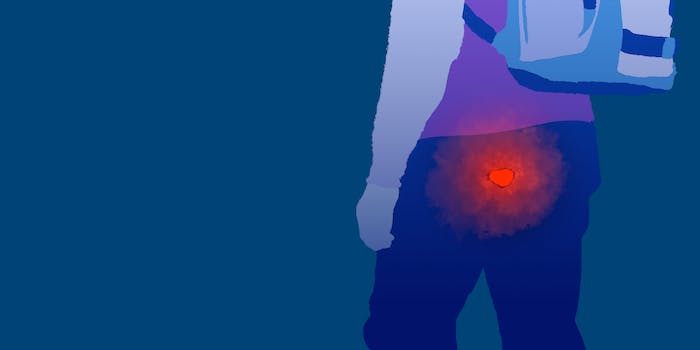 What The Provember Project can teach you about the prostate

It's a less PG take than growing facial hair for cancer awareness.

In 2014, he launched The Provember Project as a playful and educational online resource to encourage men to get in touch with their prostates—literally. The Provember Project is inspired by The Movember Foundation’s Movember campaign (though the two are unaffiliated) that asks supporters to grow mustaches to raise awareness and funds for men’s health causes. By contrast, The Provember Project focuses specifically on prostate health and pleasure—a decidedly less-PG take than growing facial hair.

Brooks wanted educating men about the prostate to be a little more intimate because, well, it is intimate. The prostate is a gland in the male reproductive system that helps produce semen. Stimulation of the prostate, sometimes called “the male G-spot,” can bring sexual pleasure. Plus, according to the authors of The Ultimate Guide to Prostate Pleasure, prostate massage may increase blood flow, clear blockages and help lessen the symptoms of an enlarged prostate.

But the prostate isn’t just important for sex. Prostate cancer is the second most common cancer in American men, according to Cancer.org. And as Madeleine Castellanos, M.D., wrote for the blog Good In Bed, other prostate health issues include frequent urination, difficulty ejaculating, benign prostate hyperplasia (BPH) and prostatitis, an infection of the prostate.

The Provember Project deals more with the fun side of prostate exploration because simply talking about prostates is a step in the right direction for a lot of guys. As Dr. Castellanos has written, “Most men don’t think about their prostate unless there is a problem with it and would prefer if they never had to think about it.” That is exactly the attitude that Brooks wants to change. “I like to think of Provember as an ‘expansion pack’ of sorts,” he told the Daily Dot. “If you’re participating in Movember, you’re doing something nice for others. With Provember, you’re doing something nice for yourself.”

Brooks is no stranger to talking about sex, online or offline. A blogger for The Intellectual Homosexual, he is on staff at New York sex toy store The Pleasure Chest and has taught workshops such as “Playthings for People with Penises” and “Playing with Prostates.” In the same vein as his sex shop workshops, Brooks has makes vlogs about putting on gloves before prostate exploration, among other topics, and even launched a “p-spot shop” online featuring sex toys focused on the prostate.

The Daily Dot interviewed Lucas Brooks over email to find out why prostates are so important for health and pleasure and what you can do to help yours stay healthy.

Where did the idea for The Provember Project come from and why is the topic of prostate health so important to you?

Lucas Brooks: About four years ago I first became familiar with the Movember campaign and the resources that I found included very little education about prostate health—just “awareness.” There are plenty of Movember resources now that do talk a bit about health and plenty that are raising money to battle health issues that affect male-bodied folks. But there are also a lot of people who are just growing mustaches because they think it’s cool.

Is there still stigma attached to talking about prostate health?

How is prostate play for pleasure linked to prostate health?

It’s a sort of [an] “if you don’t use it, you lose it situation.” Regular massage and frequent orgasms are essential in keeping your prostate happy and healthy. If you neglect it, it’s just going to sit there with all this unused fluid building up. I think of my prostate like a puppy: If I don’t take it for a walk on a regular basis, it’s really going to start to hate me. Please note: I do not have any medical training of any kind. This is just the language I use to give people perspective on their relationships with their bodies.

Toys are not required, by any means. Most of us are born with some of the best prostate massagers attached to our hands! But there are plenty of benefits to having a toy handy. Sometimes your fingers and wrists get tired from the rhythmic movements; for this, I recommend any of Aneros’ products. Sometimes you want vibration (Naughty-Boy or Protouch are excellent options). Sometimes you want heavier pressure than your hands can provide (NJoy Pure Wand all the way!).

How does Provember tie in to your overall mission with sex education?

When did you first start exploring prostate play in your personal life? What have been the benefits you’ve found to it, sexual or otherwise?

When I first started working in a sex shop about five years ago, my very first purchase with my first batch of store credit was a Naughty-Boy prostate massager and a bottle of lube. I took it home that night and used it right away and fell in lust. I still don’t practice it nearly as often as I probably should, but every time I collapse from a prostate orgasm, I just think, Yup, that was definitely a good idea. It helps me relax and relieves a lot of tension.

What can other men gain from exploring prostate play?

Besides lots and lots of incredible orgasms? A better relationship with their bodies and in my experience, a significant reduction in stress.

Is it easier to reach people on the subject of prostate health and sexual exploration online than in-person, like at the sex shop where you work?

I think the masses are always going to be more comfortable talking about sex with more anonymity, given the option. That said, I’ve had a lot of experiences in the store where people come to me, nervously admitting that they want something they can put in their butt, and when I respond enthusiastically, and without judgment, they gradually get more and more excited about the conversation we’re having. I really hope those conversations continue once they leave the store!