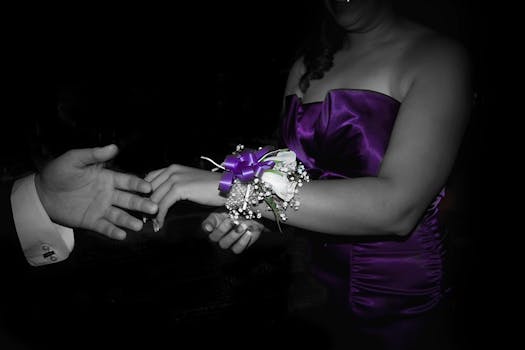 Prom is supposed to be the most exciting night of a high school student's life.

Prom is supposed to be the most exciting night of a high school student’s life.

Maryville High School senior Amy Steverson‘s prom, however, was overshadowed by a negative moment when her school’s administration apparently shamed her over the size of her breasts, Cosmopolitan reported.

Earlier this week, Tennessee mother Tiffani Taylor posted a photo of Steverson’s prom dress on Facebook. Steverson is friend of Taylor’s daughter and in a Facebook post that has nearly 20,000 shares and 92,000 reactions, Taylor wrote that Steverson was stopped at the prom entrance doors because her dress was “too revealing.” 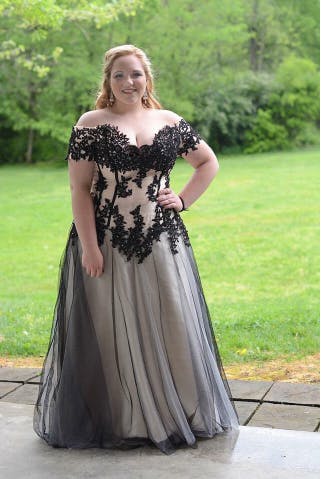 “After spending some time in the restroom crying, she was told she could go in if she wore the vice principal’s tux jacket, which mind you, did not cover her chest,” Taylor wrote. “She was told by a teacher repeatedly ‘Us big girls gotta cover up.’ This young girl was SHAMED for having breasts. Her excitement during this memorable time of her life turned into embarrassment at the hands of adults who are supposed to be leading her. SHAME on YOU, Maryville. I think you look amazing, Amy.”

Steverson posted a photo on Facebook from prom night in the jacket she was told to wear.

Many commenters agreed that Steverson should not have been shamed for her dress. 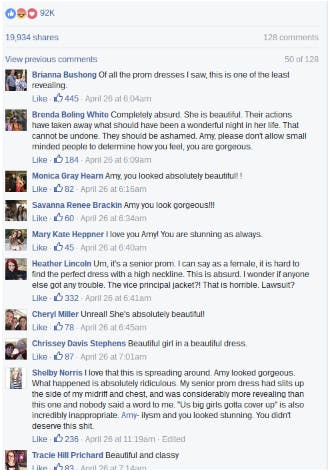 ATTN: has noted before that women with large breasts are often shamed for the size of their breasts.

Actress Ariel Winter told Glamour in 2015 about her decision to get breast reduction surgery, adding that she had trouble finding “age appropriate” gowns because of the size of her breasts as a teen.

This story was originally appeared on attn: and has been republished with permission.